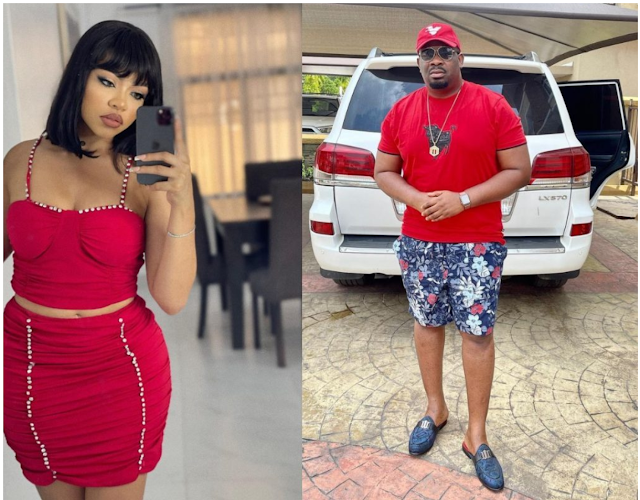 She attributed her reasons to the fact that Nwngi and her love interest Ozo are in a confused state. According to her, they do not know their standards which makes Nengi available. Trina’s comment came after Don Jazzy disclosed that he needs a new baby, since his crush, Rihanna has been taken away.

He has been in mood swings since his lovely crush, American Singer, Rihanna, got a new boyfriend. In his tweet, he explained that, Rihanna would soon be pregnant for his boyfriend, hence, he needs a replacement. This was why Terina suggested that he dates Nengi because she is available. Her statement did not go well with some people which got her trolls.

She was questioned why she would do that because it’s not right to just give somebody out like that. Nengi and Ozo have been very close since the reality show ended.  However, they have not made their intentions about moving into a romantic relationship clear.