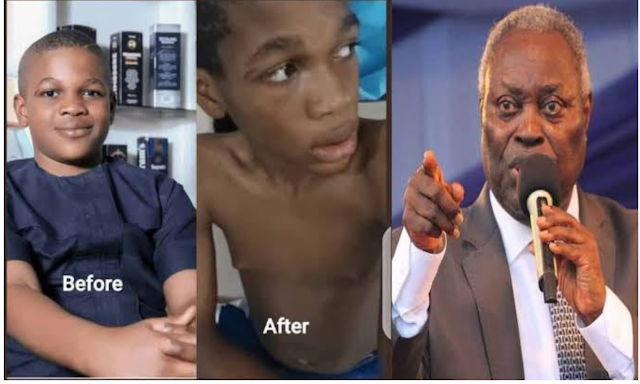 Deeper Life High School, on Tuesday, says there is no attempt to cover up the case of an 11-year-old schoolboy, who was reportedly abused at its dormitory in Uyo, Akwa Ibom State.

A parent at the school, Mrs Deborah Okezie, had said some senior pupils abused her son, Don Davis, by pushing their hands and legs into his anus and threatened to kill him if he reports to anyone.

#JusticeForDonDavis has since been trending on social media with many Nigerians calling for justice to be served on the matter.

But speaking in a video statement released on Tuesday evening, the Education Secretary of the school, Mrs Thelma Malaka, said investigation was ongoing into the matter and justice would be served when all findings have been finalized.

She said, “Permit me to remind you that the Office of the Governor of Akwa Ibom State has taken over the investigation of the matter to ensure neutrality and a dispassionate outcome”.

“We appreciate the concerted efforts of everyone who has shown support in the investigation thus far. We reiterate that we will be transparent and that justice will not only be served, it will be seen by all that it has been served”.

“Recall that we had earlier suspended the principal of the affected campus and initiated an investigation into the matter. We decided to restrain ourselves from further comments after the first update because we thought it is sub judice to comment on a matter currently under investigation”.

“However, considering the potential impact of this issue, especially on what we stand for, we are compelled to provide an earlier update before the final report by the government”.

“The panel has sat and we have presented staff members and students of our school who have been mentioned in this particular case all through the period of the investigation.”

Malaka further said “there was no attempt to cover up the matter and enjoined the public to be on the lookout for the outcome of the findings”.

“Deeper Life High School stands on the core value of integrity and uprightness and will not attempt to cover up any immoral act under any guise”.

“We enjoin the public to be on the lookout for the final report as will be released by the appropriate authority soon. We believe that the government will share the final report once the investigation is completed,” she said.

The Statement by Mrs Thelma Malaka, Education Secretary, on the Don Davis’ Case.

Malaka enjoined the public to maintain calm while awaiting the final report of the investigation.

“We enjoin the public to be on the lookout for the final report as will be released by the appropriate authorities soon,” she concluded.