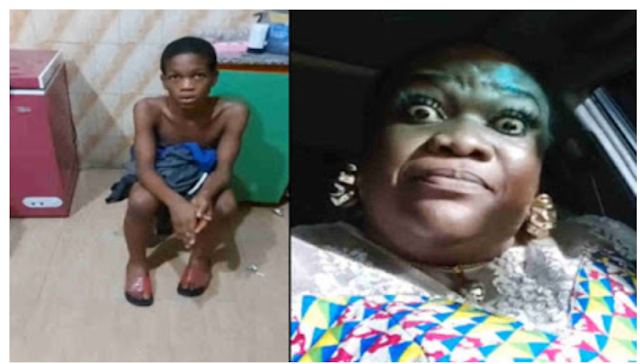 The 11-year-old boy at the centre of a sexual abuse allegation has mentioned names of two boys whom he said abused him at the Deeper Life High School’s dormitory in Akwa Ibom State.

They also claimed he was bullied and starved by the senior students.

The boy featured with his mother, Deborah Archibong, in a Facebook live broadcast on Saturday where he gave a graphic account of how the senior students allegedly abused him.

“They used to put their hands inside my anus and they would bring out feces from my anus, it would be doing me somehow. They would now use that same hand and beat me,” the boy said.

“Did you report to anybody when this happened?” the mum asked him.

“Why didn’t you report to Ndidi (the school principal)?”

“Because they said they will kill me if I report to anybody,” the boy said.

He, again, mentioned the names of the two senior students he said abused him repeatedly at midnight, when “everybody is asleep”.

He said they usually asked him to bend, while they put their fingers in his anus. He said he felt like “pooing” each time they did that to him.

The boy said a school official, hostel master, stays with the students in the dormitory, but that the official was, however, not aware of what was happening.

The boy mentioned an official of the school whom he said “beat” him because he wet his bed.

The case is being investigated by the police.

The authorities of the Deeper Life High School suspended the school principal as part of its investigation into the allegation and has vowed not to cover up any wrongdoing.