There is no denying that the exorbitant expense of diabetes care in Nigeria has resulted in an upsurge in the untimely and unnecessary death of diabetics in recent years.

The expense of drugs and diabetes research has been a significant barrier, as more than two-thirds of patients cannot afford to buy the drugs and check themselves on a regular basis, resulting in complications and, in some cases, death.

Racheal Utom, a 38-year-old woman, lost her left limb to type 2 diabetes and was on the danger of losing her right a year later due to her incapacity to acquire her medications and carefully do her investigations. 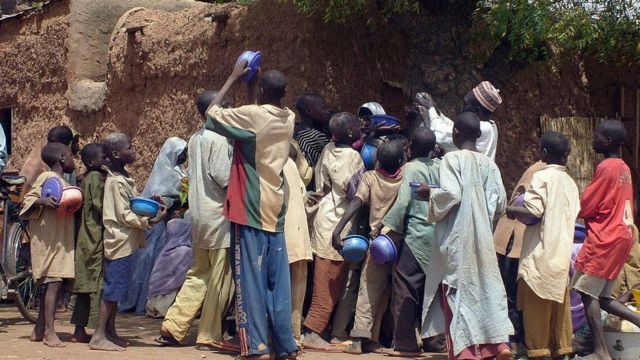 Mrs Utom, who is battling with diabetes mellitus, said the doctor told her a month ago that her five toes have been infected and already decayed, but they were trying to see how not to amputate the remaining limb.

Utom, who revealed that there was a trace of diabetes in her family, regretted that the sickness had placed an extra burden on her poor family which was the main reason for her inability to access quality health care.

She admitted to having presented to the health care centre very late and the Endocrinologist said amputation of the leg was the only option to save her life.

Utom’s case was one out of many cases of diabetes patients in the country who could not afford the drugs for proper treatment of the ailment until it got to advanced stage, making treatment difficult or ineffective.

A survey has shown that every day in South South Nigeria, 3-4 persons are getting amputated due to complications from diabetes. This is just one of the outcomes of the complications arising from this disease

Diabetes as defined by an Endocrinologist in Akwa Ibom State, Dr Umoren, is a disease that occurs when the body cannot effectively use the insulin it produces or when the pancreas cannot produce enough insulin for the body

The excess glucose accumulated in the body over a period of time can lead to damages in different organs of the body, especially the eyes, kidney, heart, limbs and the reproductive organs.

Umoren noted that the normal glucose level in the body should be between 3.5 to 5.5, adding that between 5.6 and 6.9 is a prediabetes stage and above 7 is a danger zone therefore, everyone is expected to check his sugar level regularly to know his status for proper medical attention.

Diabetes is a global public health issue and the rate at which people are infected with it nowadays is alarming as a study has shown that one in every 10 adults in the urban areas of Nigeria has diabetes. Some who have the disease may not know they do, until it becomes complicated.

The International Diabetic Federation, IDF, described diabetes mellitus as one of the largest global health emergencies of the 21st century, largely because of its severe and deadly consequences.

The World Health Organisation also disclosed that 24 million Africans are living with diabetes, while a total of 416 million people lost their lives to the disease in 2021.

However, a consultant physician and Endocrinologist with University of Uyo Teaching Hospital, (UUTH) Dr Sam Onung in an interview, said 10 percent of the population in Akwa Ibom, which is part of south south region of the country, is infected with diabetes, noting that the prevalence rate of diabetes is higher than HIV, Tuberculosis and Malaria combined.

He explained that with six million people in the State, six hundred thousand persons are living with diabetes and called for declaration of state of emergency on the disease.

Going by the WHO projection, 578 million of the population may be diabetic globally in 2030, if the disease remained unchecked.

WHO also disclosed that 24 million Africans are living with diabetes, while a total of 416 million people lost their lives to the disease in 2021. It forecasts diabetes to become one of the leading causes of death in Africa by 2030.

Dr Onung, speaking during the 2022 Diabetes commemoration day with the theme, ‘access to diabetes education’ called for increase in awareness on the need for people to check their blood sugar regularly and be conscious of their lifestyle, especially their intake of alcohol, consumption of junk food and physical inactivity.

He, therefore, called on Akwa Ibom State government and public spirited individuals to help those living with diabetes by providing free medical treatment or subsidise treatment and tests for them.

He said, “We are calling on the government and other good spirited individuals to prevent our patients from dying since we are not giving diabetes the kind of attention it deserves.

“Diabetes is killing more people than HIV; we need to give diabetes the kind of attention we are giving to HIV so that patients will not be dying out of inability to afford their medications and do their laboratory tests to enable them to live normally.”

Onung said this year’s Diabetes awareness day was celebrated at the General hospital, Iquita in Oron Local Government Area of the State, adding that 510 people were screened during the exercise.

He disclosed that more people are coming down with diabetes because of the change in lifestyle of individuals which was not the case several years ago.

“In the time of our forefathers, those ones used to be very active, they could trek a long distance to their farms as a form of exercise. They used to eat natural foods, fruits, vegetables, not preserved fast and junk food which is considered unhealthy.

“By the time you combine physical inactivity and unhealthy diet, with increased stress these days, we are bound to have more people coming down with diabetes. When people are stressed, it negatively affects the endocrine system leading to an uncontrollable high blood sugar,” he added.

He warned people against taking self medication, saying that it is not advisable to do so because diabetes for now has no cure.

Meanwhile, the economic and financial impact of diabetes on related expenditure per person in Nigeria has been rising steadily over the years. Diabetes deepens poverty and hunger for the family. The cost of drugs and monitoring devices have gone beyond reach.

It added that the total diabetes related health expenditure in the country is expected to gross N745 billion in 2021. This would shoot up to over N1.07 trillion in 2030 and reach N1.59 trillion by 2045.

With the majority of patients financing their medical bills out of pocket, several diabetic patients fail to adhere to their medications and tests. Only 1 in 5 of the patients perform self–blood glucose monitoring among other tests. Several patients resort to unorthodox treatment.