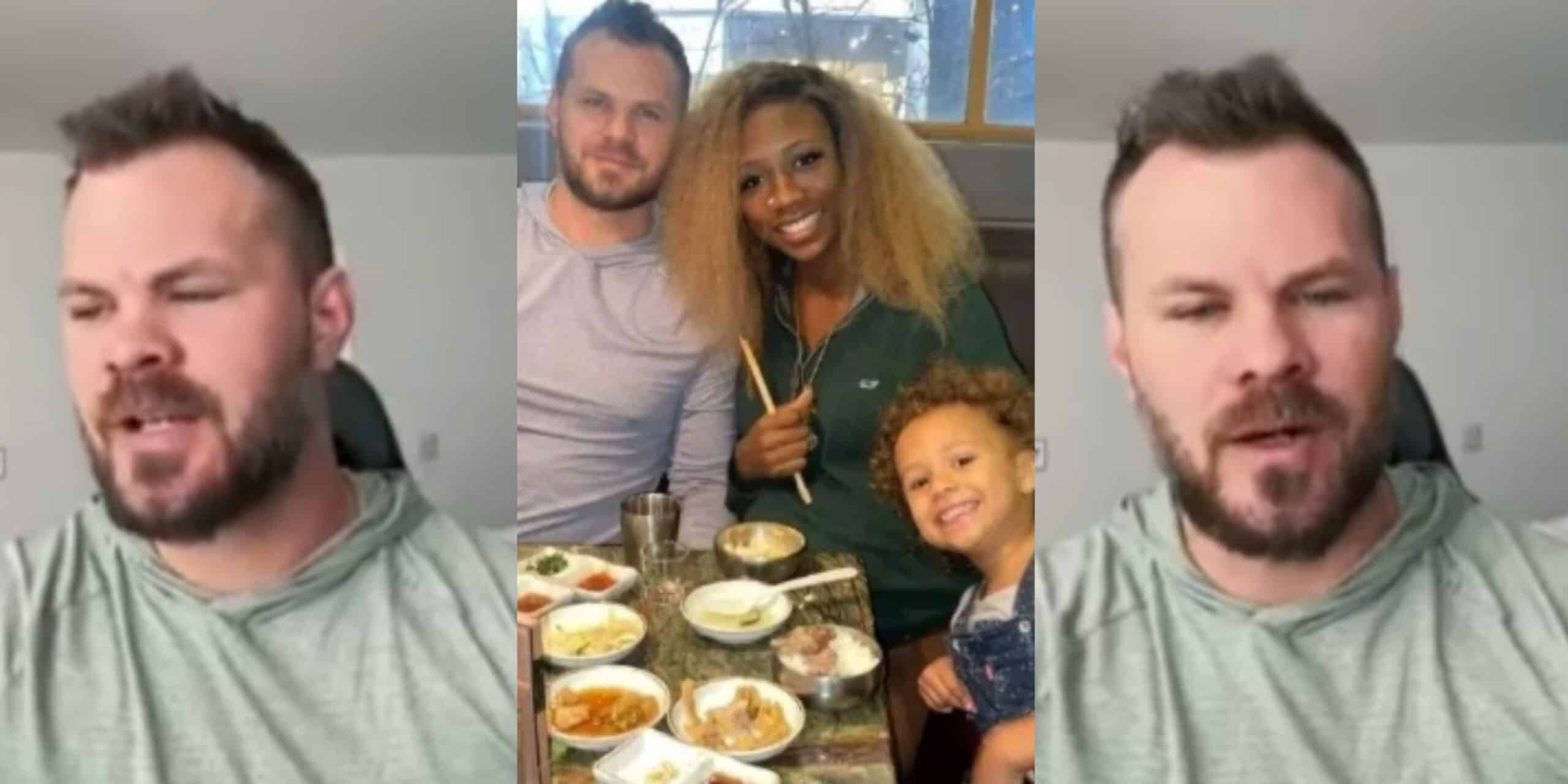 Justin Dean, the ex-husband of Korra Obidi, a Nigerian-American dancer, has slammed her for celebrating their divorce.

Korra took to social media to celebrate her divorce from him, according to NenyKo.

Justin criticised her and stated that divorce is not something to be celebrated because it is a sign of failure.

He did, however, say that he does not advise anyone to stay in a toxic or unhappy marriage, but that they should not celebrate divorce.

“Marriage is something that should be a do or a die affair. When people get divorce, that’s nothing to celebrate, that’s failure and I hate failure. So if you are celebrating a divorce, personally I think that it means everyone loses.

I am not saying you should stay in a toxic relationship and unhappy marriage”.

His response is coming days after Korra excitedly took to her Facebook live to rejoice over her new victory and freedom.

Despite the divorce, Korra stated that she is opened to moving on in peace with her ex, for the sake of the children.

Speaking about her future love, Korra said that this wouldn’t he the end of the road for her as she is still looking for love.

For her, love is a beautiful thing and she wouldn’t allow her past experience deter her.

“I just want us to cheers to victory. I am not going to say what I am not supposed to say because some details are confidential.

However, this is going to be a cheers to the future, to victory and success in the future.

Cheers to the past things, to moving on and to new beginnings.

I am a free woman and hopefully moving on in peace for the sake of my children. This wouldn’t be the end of the road for me love wise.

I’m still looking for love, love is a beautiful thing and I will not allow this experiences deter me from finding true love.

Korra Obidi cries out over her ex-husband demands

Prior to that, Korra had updated the public on her ongoing divorce.

Korra revealed that her ex-husband, Justin Dean, was demanding spousal support, as well as custody of the kids.

The mother of two took to her Facebook page where she broke down in tears over the unending drama.

Korra stated that she tried believing in peaceful co-parenting, but her mindset has been changed.

She claimed that her husband is demanding spousal support from her.

According to her, her lawyer reached out to her, to alert her of his move.

Korra lamented over how she has been taking care of the kids, paying for school fees and health insurance without a contribution from her ex.

The dancer added that Justin had asked for full custody of the kids but was denied.