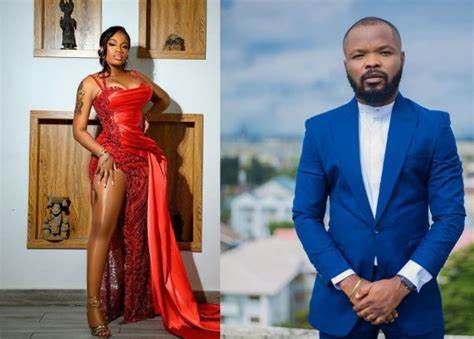 Big Brother Naija star, Angel has taken a swipe at OAP Nedu after he claimed that most ladies audition for the reality show to get “more customers”.

Reacting to the claim which has attracted mixed reactions, Angel said such assertion is “old” and she doesn’t understand why men won’t mind their business.

The reality show star also stated that most men are jealous of women and they should make an appeal for a “sugar daddy” linkup if they are so pressed. She also wondered why same claim is not made about male BBNaija stars.

Nothing worse than the coochie controllers, the Toto plaintiffs, the box control division, rest. Yuck

Like this topic pisses me off so much, then you people will come online and say “Nawa o, so she fucks for money and she’s oppressing us, don’t believe everything on social media” nobody is oppressing you my dear, you’re just a jealous rat.

Men are very jealous of women because I don’t understand why you’re upset about a grown woman’s vagina. That’s why blogs thrive on bringing down the women in big brother, some of the most hardworking people I’ve met, especially the ones you guys slutshame a lot, shut up losers.

This is all so old and boring, I don’t know why men can’t just mind their business. So many women have come out of big brother to become actresses, start businesses and actually have a solid brand but because y’all are so misogynistic and uninformed you say rubbish.

Because there’s women that have internalized misogyny they join in the cycle of slut-shaming women, it will never go away. “Eh hen, so she dey sleep with men for money, can never be me” but you are busy sleeping with a man for a “have you eaten today? Try and eat”

Why do you want to know what the women in big brother are doing to make money??If truly we are sleeping with men for money, do you want us to show you where the men are so you sef go put your bum bum in the air? When we’re starting businesses, acting etc you guys won’t talk

You people never talk about the men in big brother when they’re buying their cars and watches and buying houses but let it be a woman, all of a sudden everyone wants to know her sponsor. Do you people know their own sponsor?

If you like call her a slut, it doesn’t take away from the fact that she won the show, has bought houses, has multiple businesses, can travel when she likes, while you sit on the internet wondering how she’s making her money. Money dey na you no know where e dey.

And again I’m asking you, how it is any of your business??? Plus don’t be obtuse, a significant amount of men that left big brother are driving luxurious cars, go and ask them who their sugar daddy or might I say sugar mummy is

There are sugar mummies and daddies in Abuja, if you men are so pressed and think that’s what we’re doing, it’s best you go and enter market too so you’ll buy. 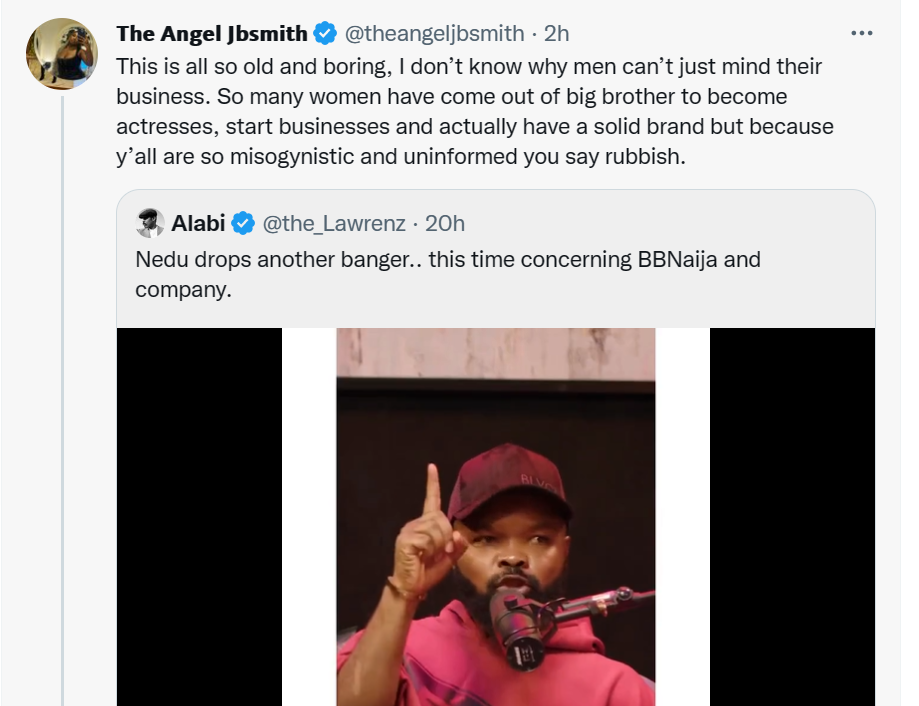 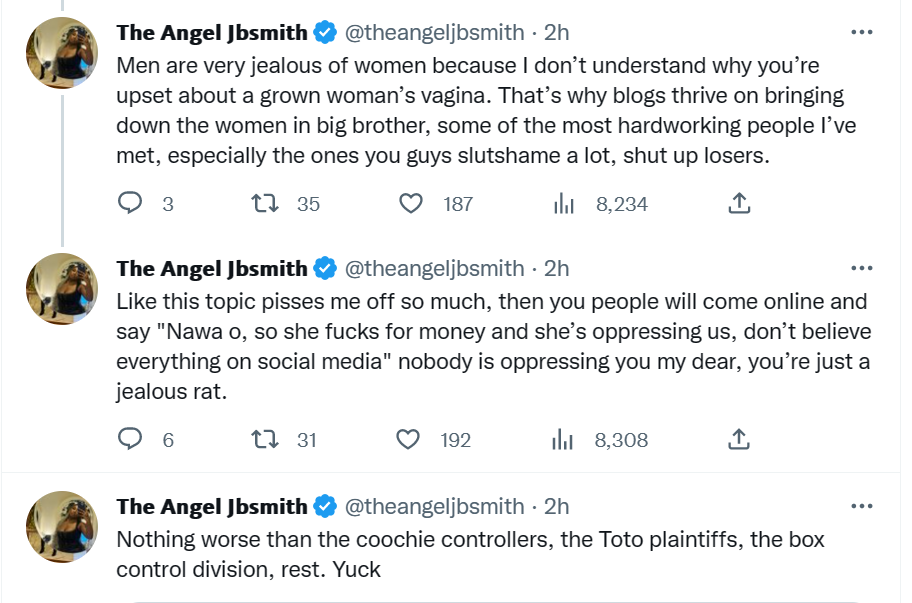