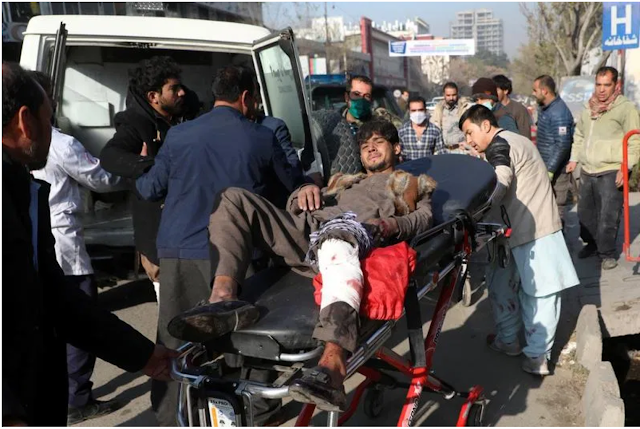 Afghan Police officials disclosed that  ISIS militant had an open fire in one of the residential areas of Kabul. He said did this happened on Saturday 21st November, leaving dozens of people wounded and over 8 dead.

Following the blast, about 23 Embassies sent warning sirens, blaring around the diplomatic enclave.

A spokesman for the Ministry of Interior Tariq Arian said 11 wounded, while 3 killed. While the health ministry official 5 bodies recovered and the other 21 removed from the scene to the hospital.

Arian reported that the terrorist planted their rockets in a small truck and set them off. He further said that investigations are on-going to find out how they invaded the city.

Some people in their homes were able to get snapshots of the incidents, showing damaged cars and cracked buildings.

Taliban terrorists fight against the foreign-backed Kabul administration, though denied involvement in the attack.

They came 2 days prior to a Donor Conference for Afghanistan in Geneva, Thus the attack was claimed to be the Islamic  State Militant Group.

Since the Peace talks between the Afghan Government & the Taliban were settled, attacks by Taliban and other extremist groups have been on the increase more in the Afghan capital where over 5million afghans reside.

About 35 people were murdered by gunmen and 50 injured earlier this month at Kabul university Campus, which many were students.