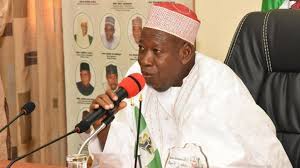 East Carolina University has expressed its regrets to the Kano State government over a recent controversy regarding the appointment of Governor Abdullahi Umar Ganduje as a Senior Mentoring Scholar and Visiting Full Professor of e-governance and International Affairs by the university.

A letter of apology sent to the Kano State government by the university also accepted the governor’s educational accomplishments, stressing that he acquires the testimonials held by those appointed to faculty positions, emphasizing they didn’t mean to embarrass him in any way.

The letter signed by the Interim Provost and Senior Vice Chancellor for Academic Affairs, Dr. B. Grant Hayes, has said that the university didn’t mean any form of awkwardness to the governor by its initial message.

“I regret that this situation has caused any embarrassment, as that was not the intention of Carolina University, nor was it the reason for my letter,” it added.