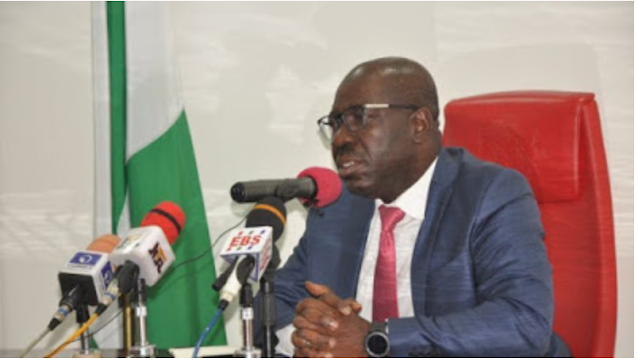 On Wednesday, the All Progressives Congress (APC) presented two additional documents to the Federal High Court of Abuja to prove its allegation of forgery by the Edo State Governor, Godwin Obaseki.

These are the Ibadan University degree certificates, belonging to Professor Emmanuel Dele Balogun, and the report of the forensic document examiner, Assistant Superintendent of Police, (ASP), Raphael Onwuzuligbo.

Both were admitted in evidence by the court after the plaintiffs’ lead counsel, Akin Olujimi (SAN), had tendered.

The first degree in agricultural sciences submitted was awarded to Balogun in 1979, the same year as that of Obaseki.

The second document was admitted with a caveat following the objections raised by the first and second defendants to their admissibility.

At the hearing on Tuesday, the plaintiffs, through a summoned witness, Samuel Omale, an INEC Legal Officer, submitted EC9 completed and Obaseki submitted to INEC in advance of the governorship poll.

During a cross-examination on Wednesday, Balogun told the court that he had never seen a controversial degree certificate issued to Obaseki by the University of Ibadan.

The witness stated that he had never worked in the institution’s admission department and could not comment on the certificate.

In reply to a question on photocopying, Balogun said that the document to be photocopied is not properly placed in the machine; it is possible that some parts of the original may not be included in the copy.

“If you do not scale it, some parts will be left out and it will not be a true reflection of the original documents”, he said.

Attempts by the plaintiffs to call in their fourth witness was challenged by the first and second defendants on grounds that they had exhausted the number of days the court provided to call their witnesses.

Justice Ahmed Mohammed overruled. He reminded that several issues came up that affected the time given to the plaintiffs and assured that similar consideration would be extended to the defendants.