The wife of the infamous Mexican drug trafficker Joaquin “El Chapo” Guzman Loera has been charged with drug trafficking.

Emma Coronel Aispuro, 31, was taken into custody at Dulles International Airport on Monday, 22 February. She is set to appear shortly before the federal court in the U.S. The District Court of the District of Columbia, via videoconference.

She also reportedly helped Guzman Loera escape from a Mexican jail in 2015.

After Guzman was re-arrested in Mexico in January 2016, she was also said to have been involved in organising another jail break before he was finally extradited to the U.S. in January 2017.

READ ALSO:  How God killed a UNILAG lecturer who had failed his daughter when she refused to sleep with him - Clergy, Wale Oke (video)

Mike Vigil, a former DEA agent who worked undercover in Mexico, told DailyMail.com that Coronel was a narco princess deeply enmeshed in the trafficking world.

‘She was neither a dealer, nor a money launderer, nor interested in logistics,’ said Vigil. ‘But she did stuff that he had told him to do, including passing messages.

‘So did she participate? Yes.

‘But these charges are related to things that she did in the past. It’s not like she’s branching out on her own.’

Guzman Loera was convicted in 2019 on 10 charges of engaging in a continual criminal enterprise and multiple counts of distributing tons of cocaine into the United States. He was sentenced to life in prison plus 30 years. 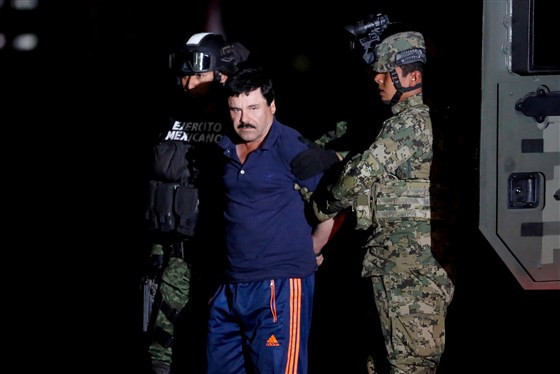 RECOMMENDED READ:
Video vixen exposed by DNA test after being accused of receiving ‘maintenance money’ for one child from various men