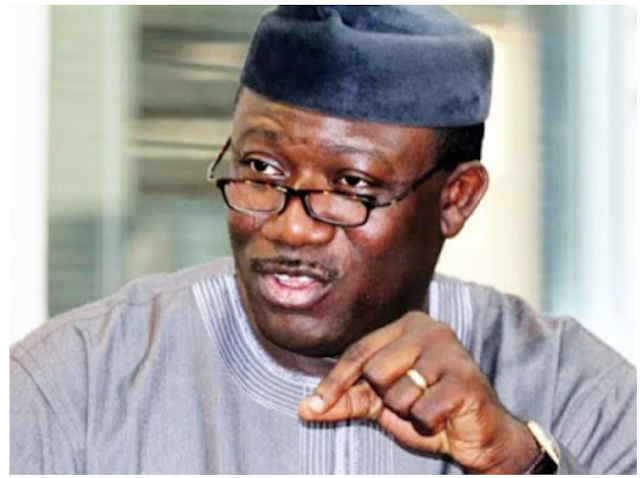 The Governor of Ekiti State, Dr. Kayode Fayemi, echoed the need for a reform process that would boost Nigeria’s confidence in the police.

He shared worry that many Nigerians do not trust the police, adding that people do not see police officers as their mates.

The statement on Sunday quoted Fayemi as saying this during the Community Police Stakeholder Conference, which involved heads of security forces, public servants, politicians, civil society organisations, youth and women’s organisations, heads of government departments, industry and technical groups in Ado-Ekiti on the weekend.

In a statement entitled ‘Public Policing: Fayemi’s case for police reform, the need to resolve the question of confidence,’ Fayemi deplored the inability to adopt a wide variety of proposals made at numerous conferences on how to reform the Nigerian police in the last 20 years.

The Governor, who spoke via State Attorney-General and Commissioner for Justice, Mr Wale Fapohunda; urged the Federal Government not to despise the findings of the Judicial Inquiry Panel set up in the aftermath of the ENDSARS demonstrations, with specific attention to delivering justice and restitution to victims of police brutality.

Fayemi said, “A large number of our people still don’t see police as their friends. So, it seems to me that an important way we can get that trust is through police reform. We cannot simply hope to achieve the intent of community policing without police reforms.

“The Federal Government should take seriously the reports of the judicial panel of inquiry that has been set up in the aftermath of the ENDSARS protests. If we are going to move forward we have to look backward and ensure that our people that have serious issues with police are properly compensated and their pains recognised.”

Former Police Inspector General, Mr Sunday Ehindero, urged stakeholders to support the creation of a community police force to counter the danger of banditry, kidnapping and other security challenges facing the region.