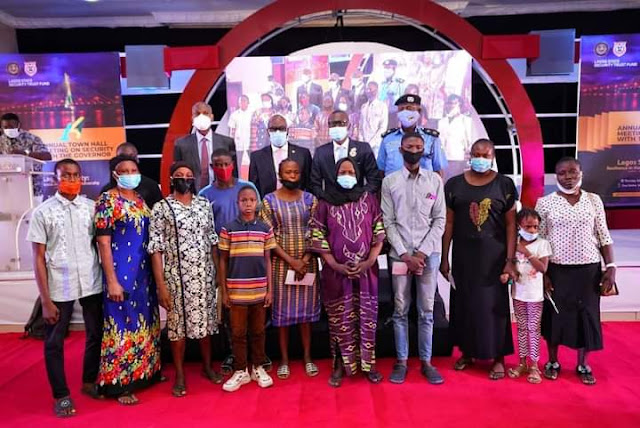 The Lagos State Government has compensated the families of six Police officers that died during the #EndSARS protests in Lagos.

The Lagos State Governor, Babajide Sanwo-Olu has paid each of the six families  N10 million via the State Security Fund. The State Governor handed the cheques to the widows and children of the deceased officers who were the victims of  #ENDSARS protests.

Babajide Sanwo-Olu has awarded scholarships up to the university level to the late officer’s children. He described the award as bravery and a source of encouragement to the family and apparently to heal their wounds.

All these were to fulfill the promise he made to the police offers in a meeting at the State Command.