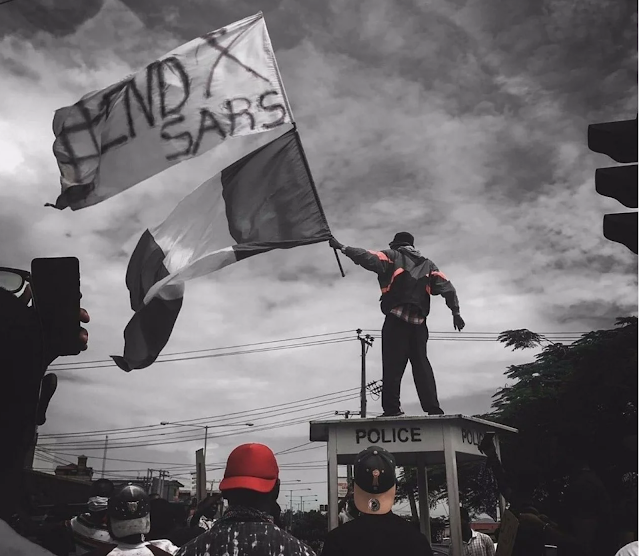 A fresh protest has erupted in Tejuasho, in Yaba LGA, Lagos State with parents demanding justice for their children.

The parents, in their numbers, were chanting,
“wetin we want? Justice! How we want am? Now now!”.

This is happening after the Nigeria Police filed a suit on Thursday demanding an immediate end to the judicial panels of inquiry going on in different states in the country.

The panels were set up by state governors, in accordance with the recommendation of the National Executive Council, NEC, to probe allegations of police brutality especially by men of the disbanded Special Anti-Robbery Squad(SARS)

O. M. Atoyebi, the Police legal officer argued that the states lacked the power to set up panels to investigate activities of the police force.