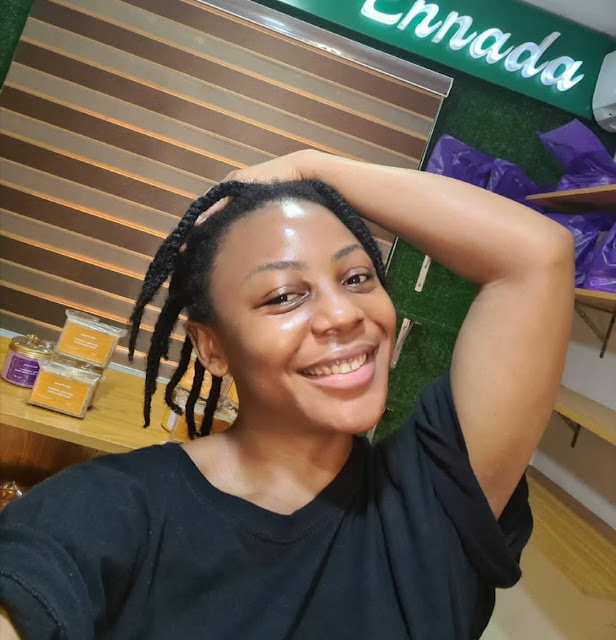 Ex BBNaija star Ifu Ennada has brought to social media a commendable letter she has written to her future husband, with the promise of being an asset to him. On that note, she wrote:  “Broke men shouldn’t date.

“Broke men shouldn’t date” Ifu Ennada has said as she  has written an  open letter to her future husband, promised to be an asset to him,

Ifu Ennada has said broke men have no business dating.

She has disclosed this after she has written an open letter to her future husband, promising to be an asset to him.

She said she goes above and beyond for people she doesn’t love, how much more someone she cares about.

She added that the man she’ll marry can never suffer because she’ll constantly build him and make sure he has all he needs to thrive.

She went further to write: “Dear future husband, whether I meet you rich or not so rich, be rest assured you have a hero in me.”

In another slide, she wrote: “Dear future husband, I am a credit alert not a debit alert. With love, Ifu Ennada.”

She later disclosed that people were sending her direct messages to say that her open letter to her future husband makes her seem desperate for marriage.

She shared a screenshot of a DM received and asked them to stop sending her such.

In a final slide, she said it’s broke men sending her direct messages after her note to her future husband, and she told them they have no business looking for relationships.

“It’s the broke men in my DM that are making me laugh presently.

“See my posts on the relationship are never an open call for applicants.

“But if you must seek a relationship with any lady like me, make sure you have something going for you.

“When I was broke, I wasn’t looking for a relationship.  Building yourself should come before actively chasing a lady that’s  ‘trying for herself’. she confessed.

“This goes for women too. Build yourself and you can choose the type of people you want to date.” she advised women. 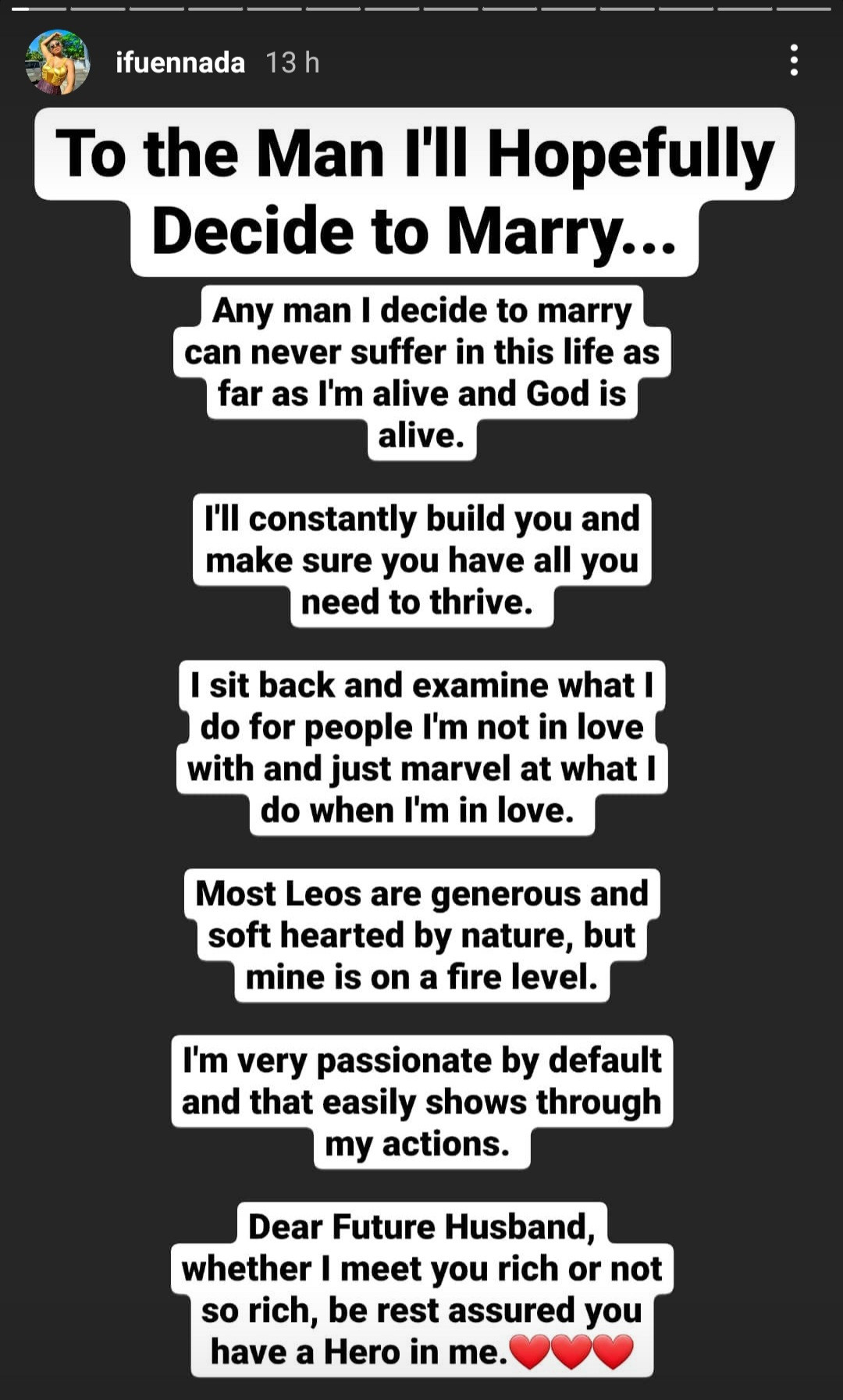 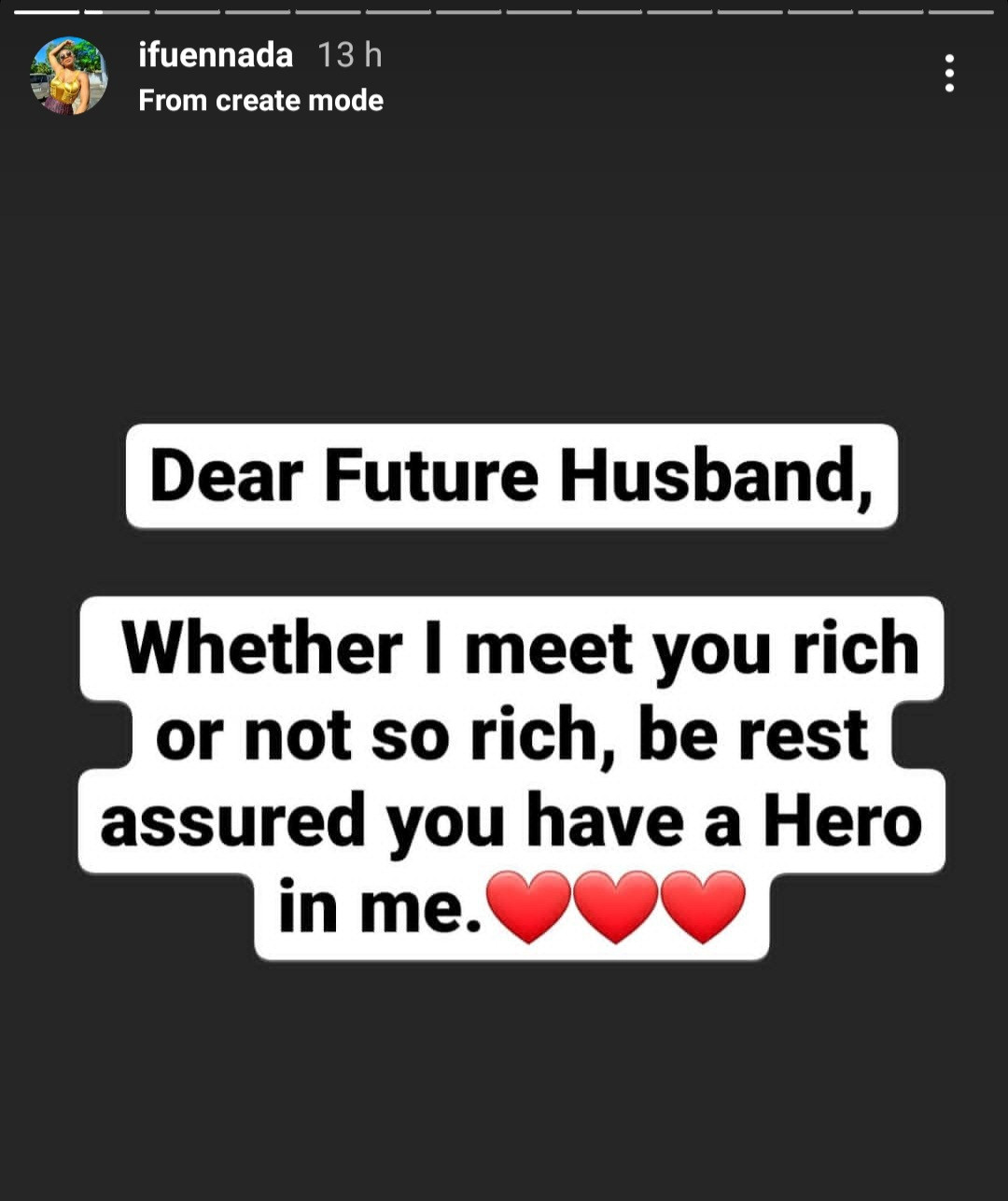 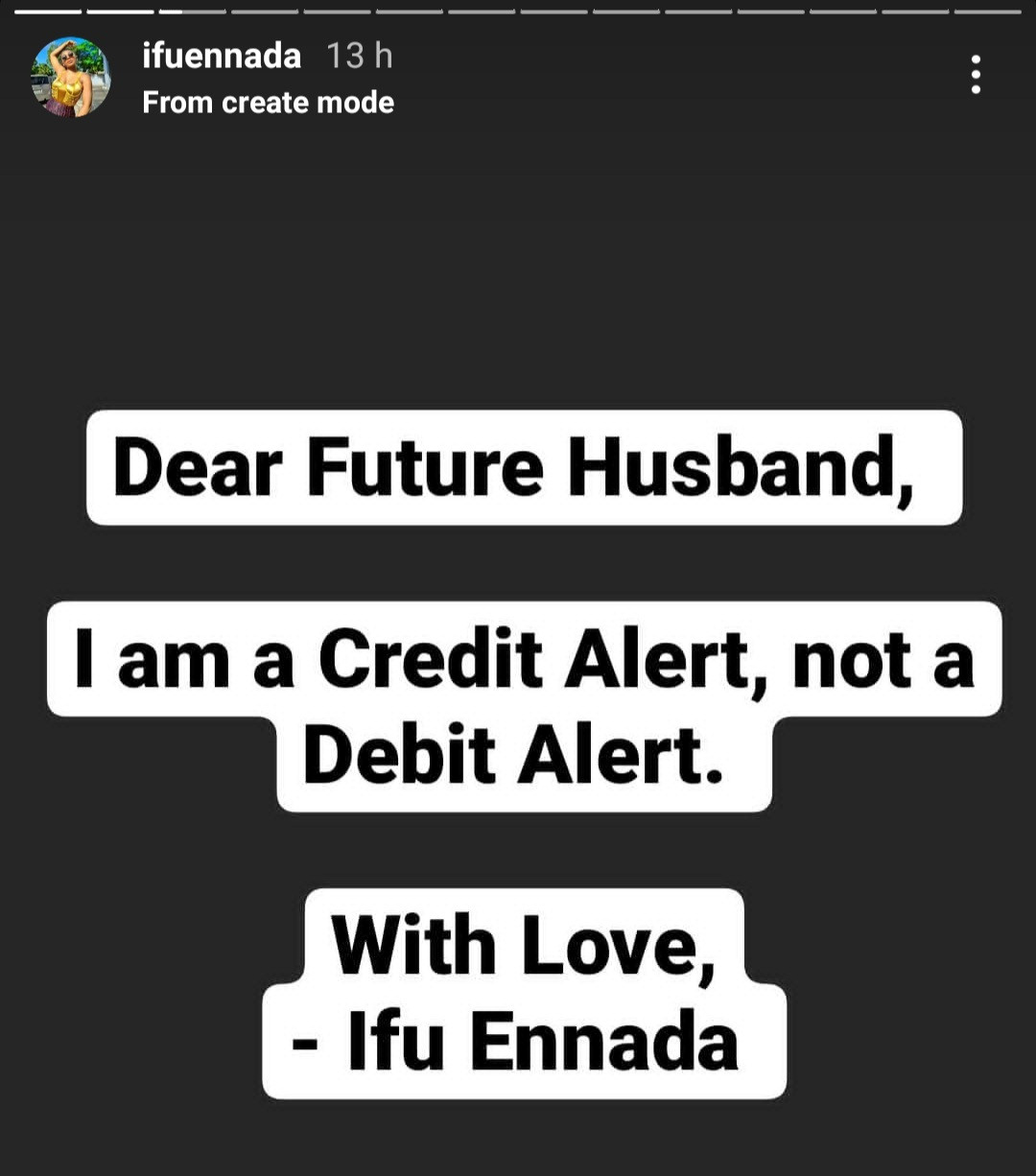 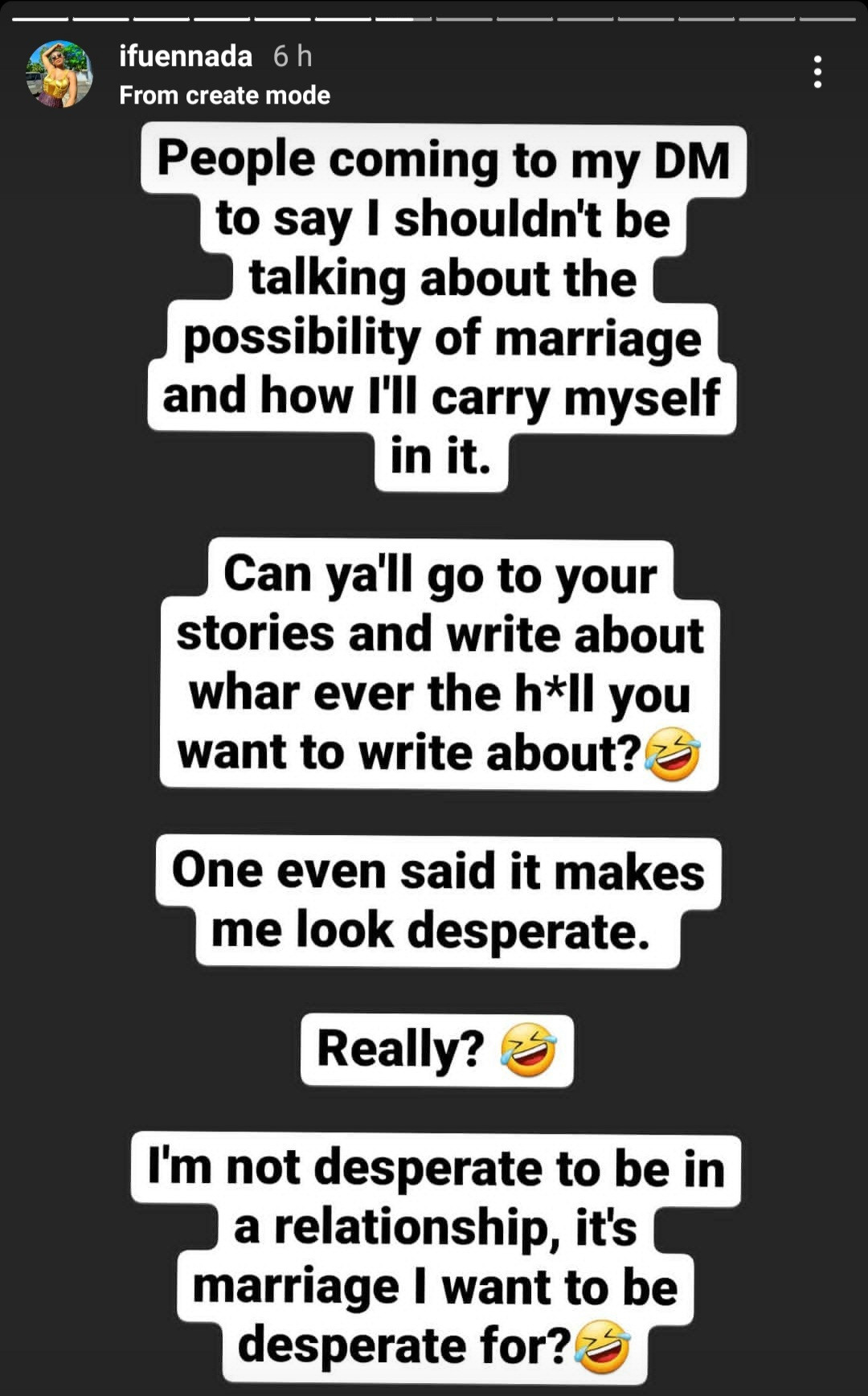 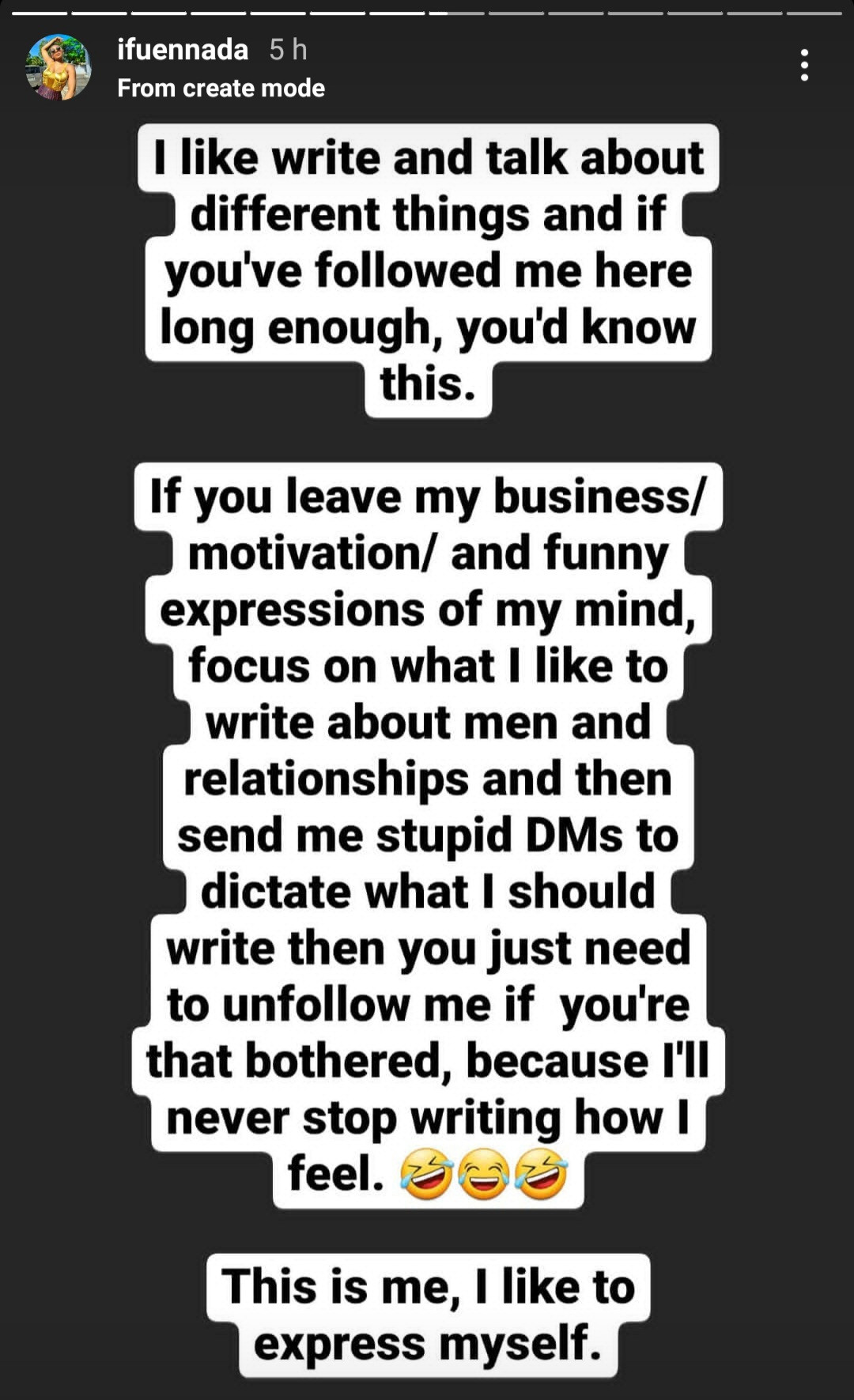 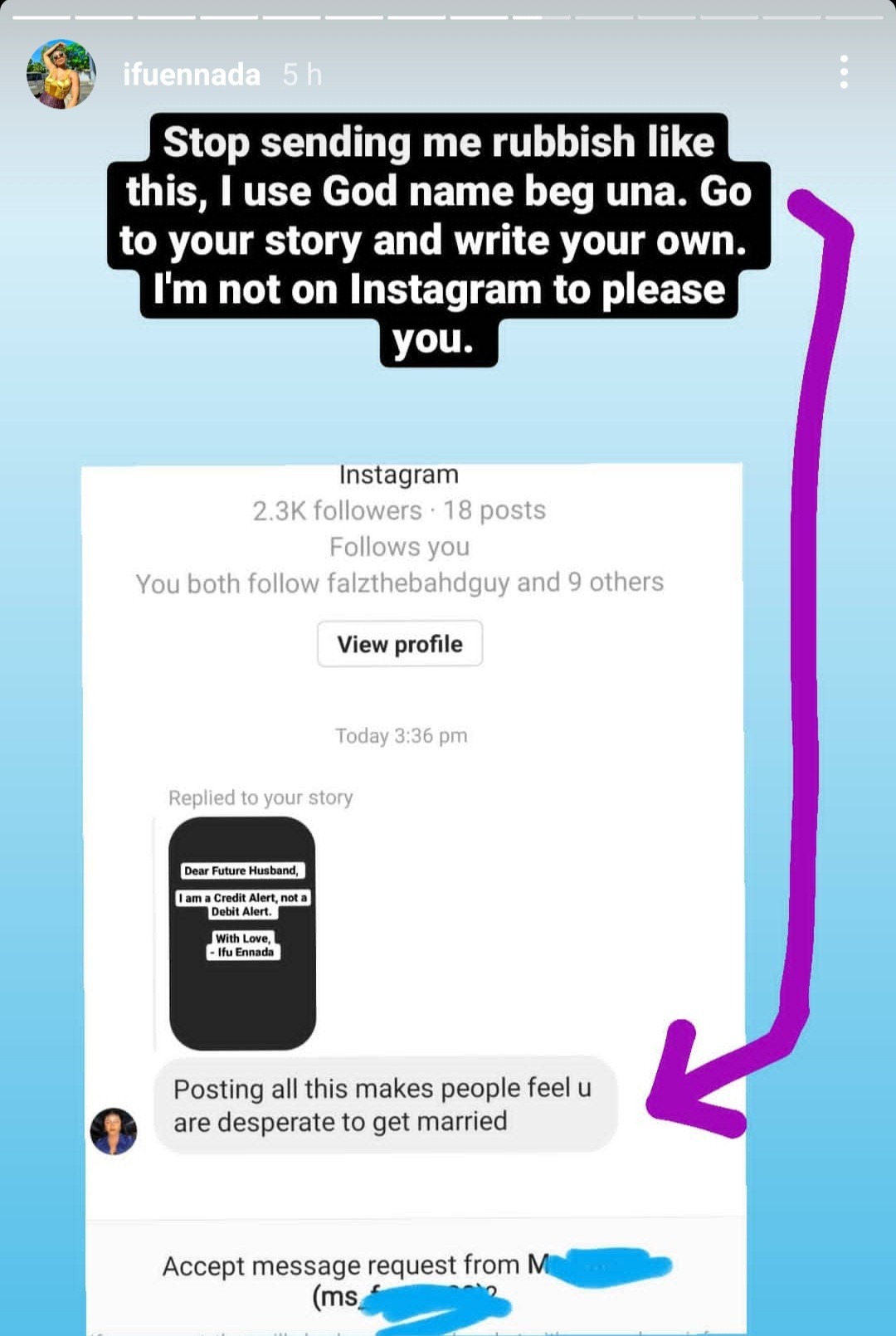 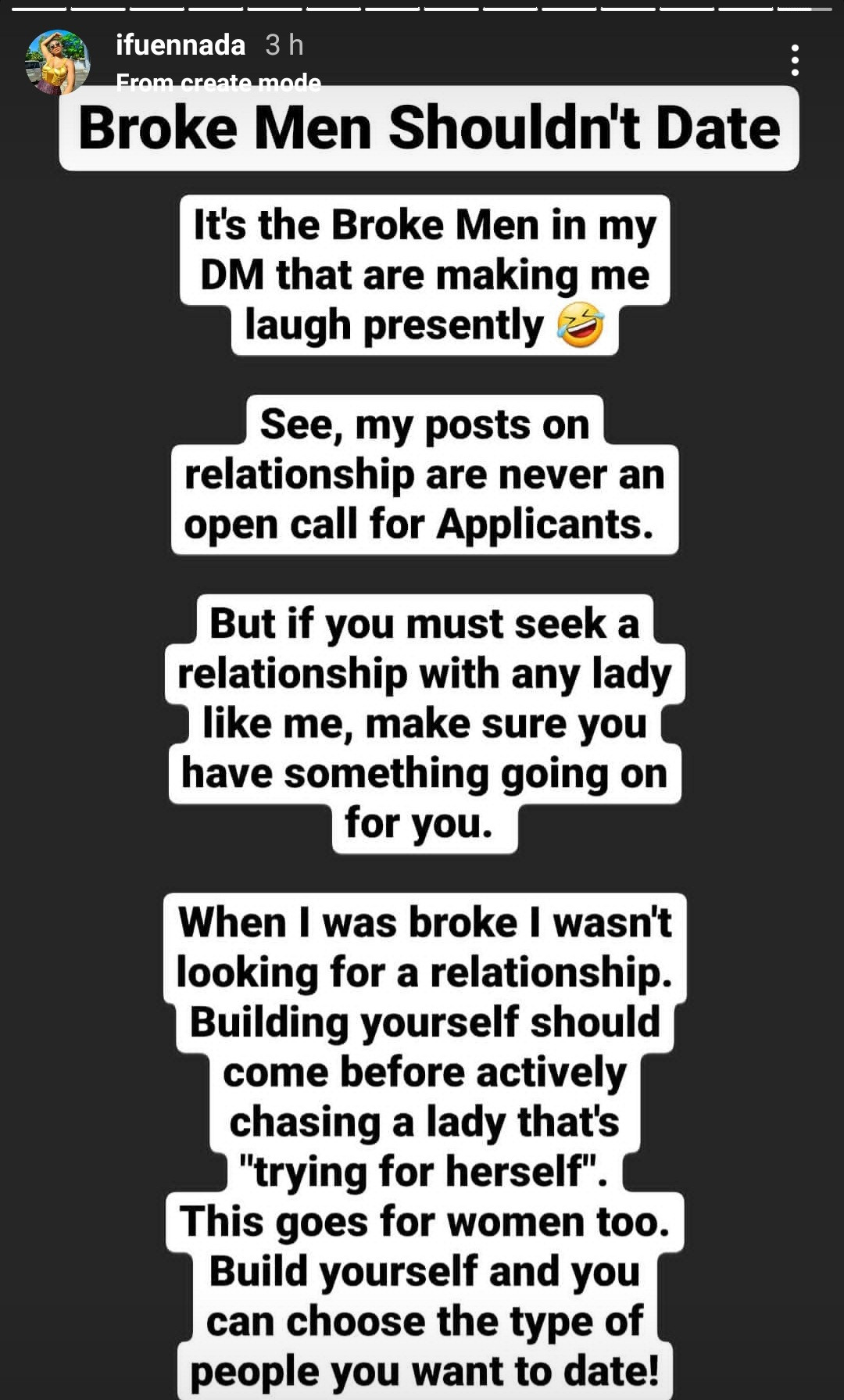