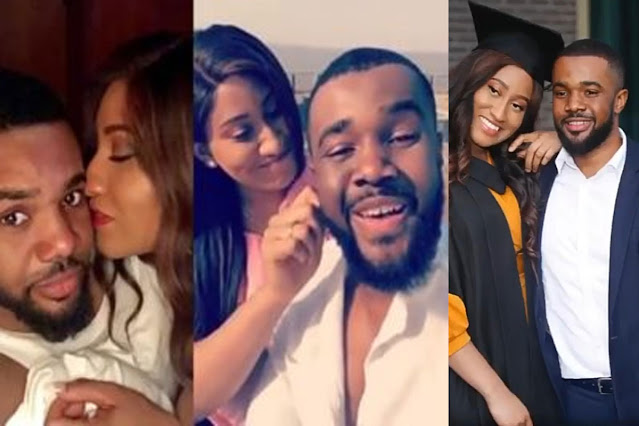 Kosi Ugo on his Facebook page says he is bewildered as to why a man that is completely into men will get married to an innocent woman just to destroy her life.

He described their marriage as being dead on arrival and advised Brunella, Uchemba’s wife to deal with her husband’s mistresses. 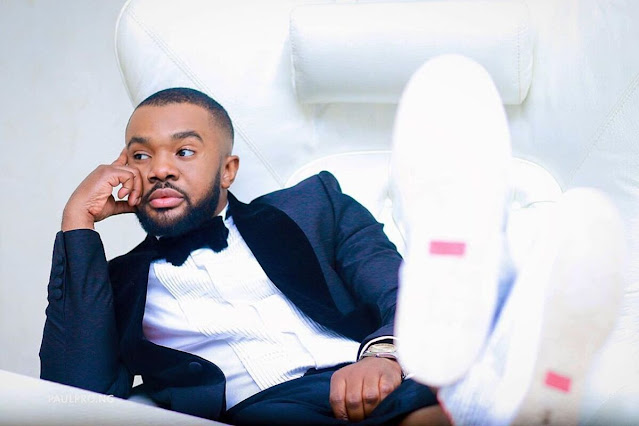 Although the young actor and his long time girlfriend had just tied their nuptial knot last weekend, the allegations are yet to be confirmed. 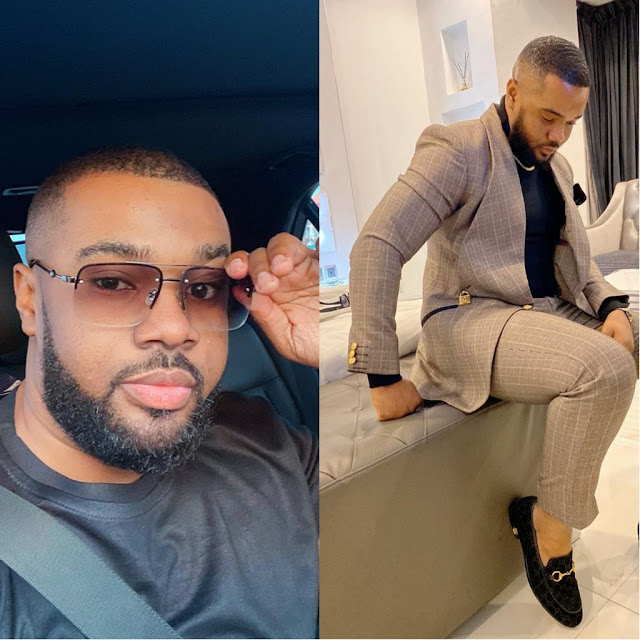 Many of his top colleagues that witnessed his wedding were Banky W, Kate Henshaw, Ini Edo, and Tonto Dikeh just to mention but a few. 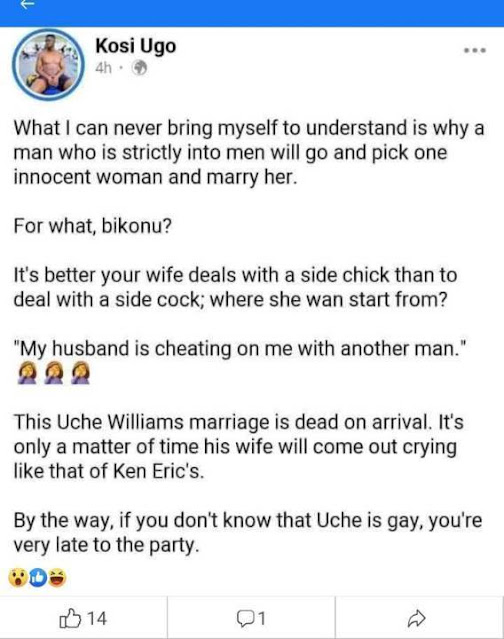 How do you feel about this gossip?