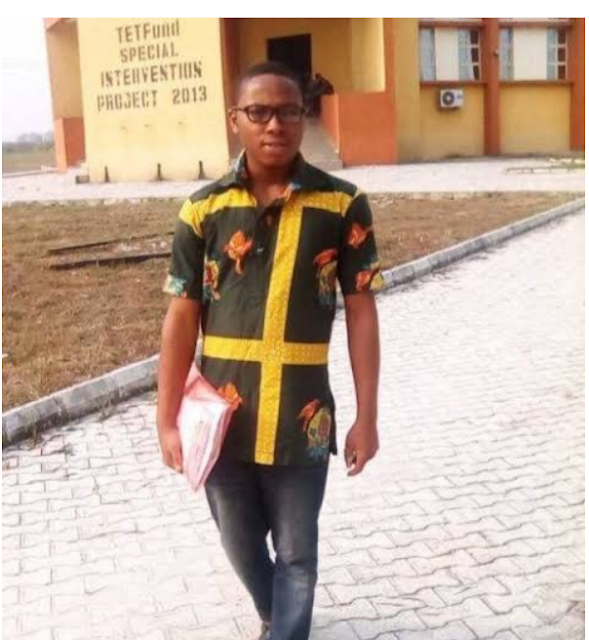 The family of Gabriel Bassey Edward, a “devoted Catholic” and final year student of civil engineering of University of Uyo, who was found dead in his apartment, has accused one Pastor Prince Emmanuel of Winners Chapel of being responsible for his death.

Kesh Umoh, a Facebook user affirming  to be the first cousin of the deceased took to Facebook to call out Winners Chapel while stating  that his cousin was killed by a pastor of the church.

While sharing a photo of the deceased, he wrote on Dec 27:

“His rotting body was discovered yesterday in his apartment in Mbiabóng full of matchet cuts. He was killed on Monday. 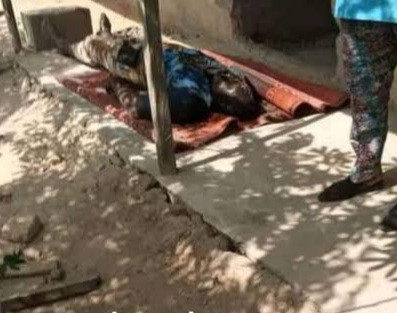 “Neighbors saw a Living Faith Church Pastor AKA Winners Chapel Pastor leaving the compound with blood stains on him on that same Monday. When asked he said he fell down and bruised himself. The young man had issues with the Pastor. Winners Chapel: that young man, Gabriel Bassey Edward is a final year student of Civil Engineering and he happens to be my FIRST COUSIN.” 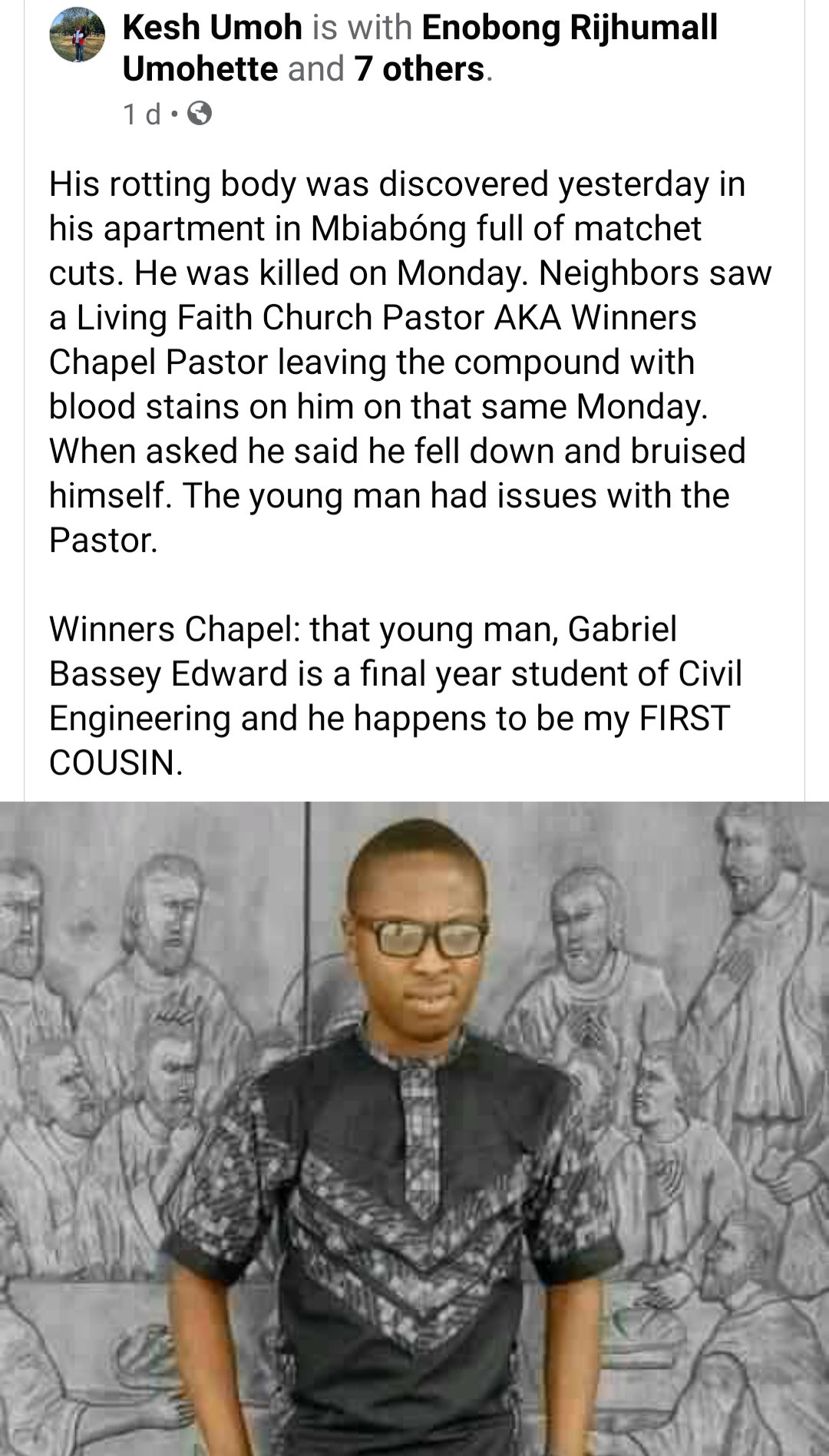 The pastor accused of the murder is with the Winners Chapel Ifa Ikot Okpon branch. The cousin claims the pastor macheted Gabriel. 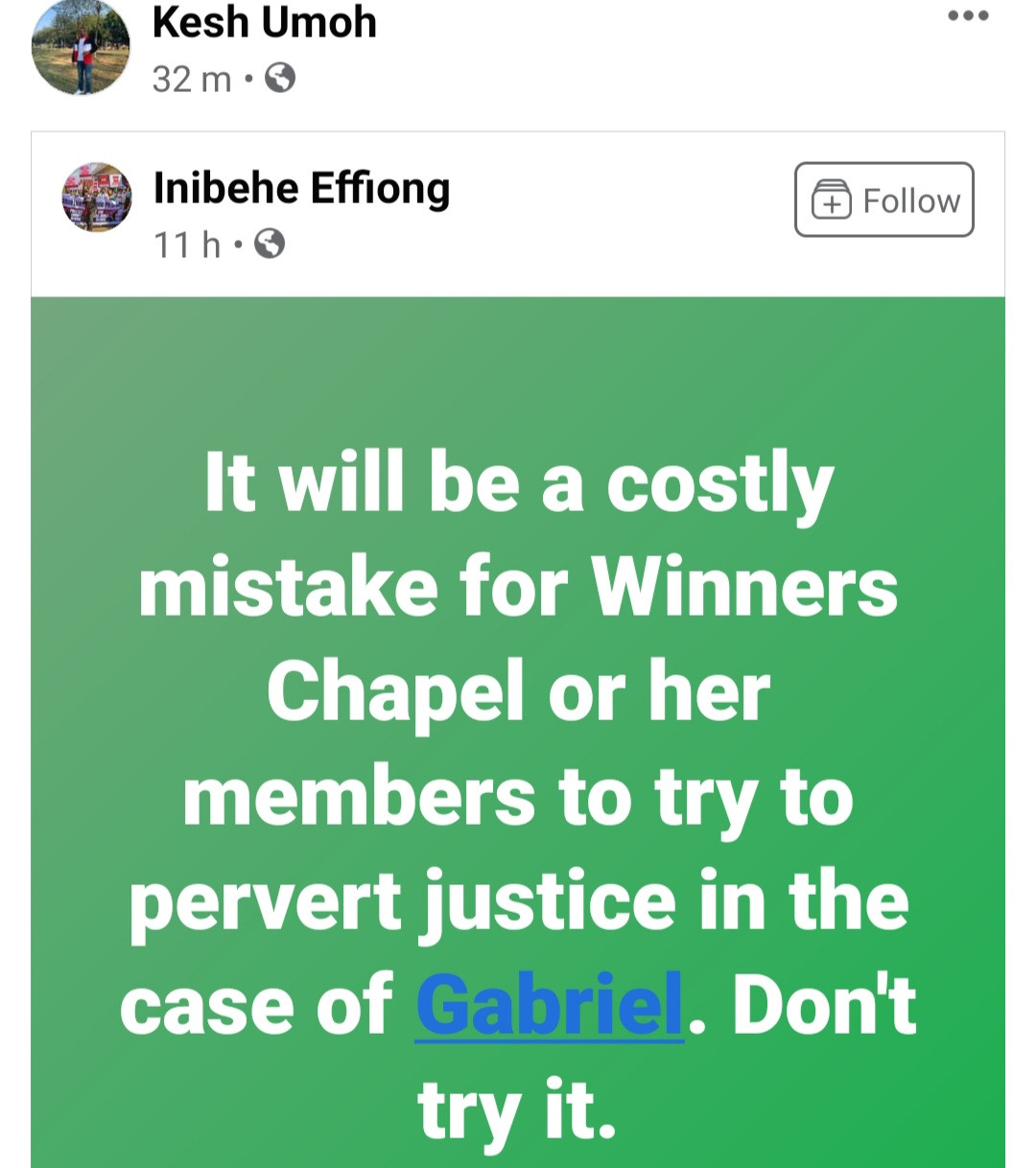 When asked the reason for this, he replied: “That branch of the Church is renting my cousins property (the deceased), my cousin was living in one part of the property. The young man had several allegations against him prior to this.” 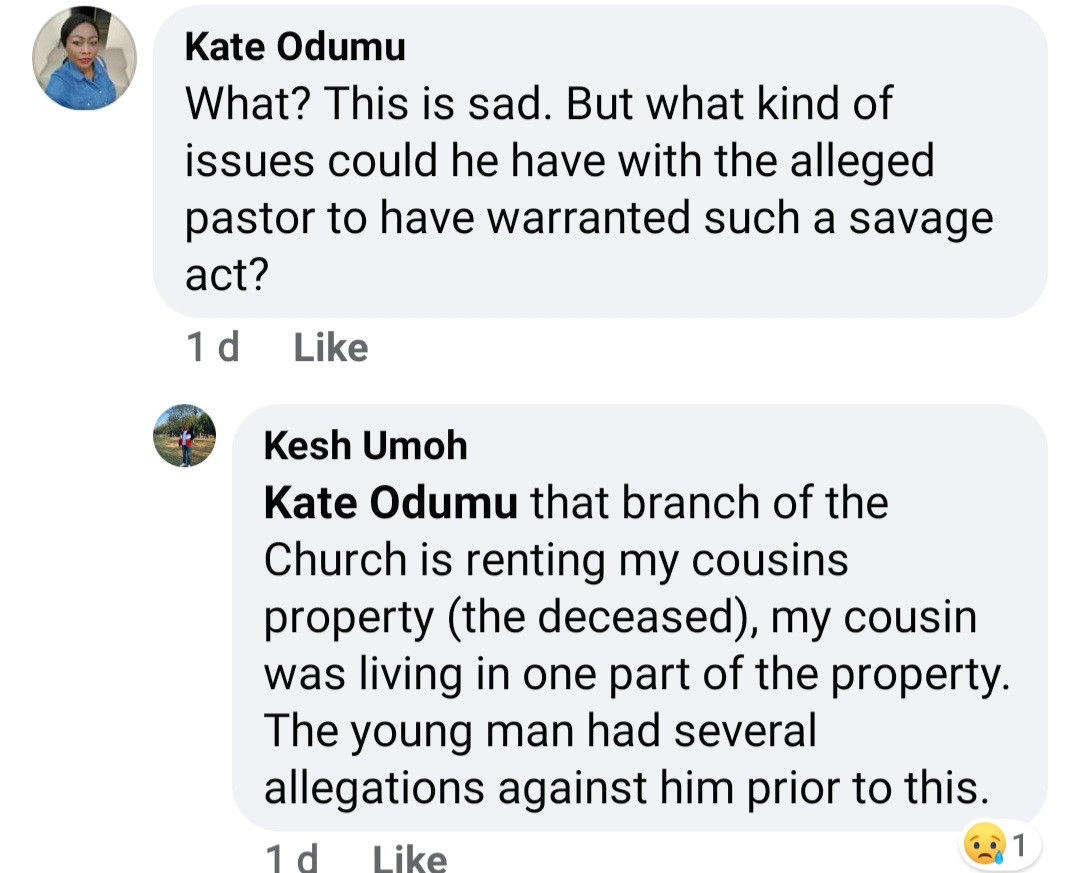 He added that the pastor has been arrested but he won’t be speaking on it publicly again as advised by his lawyer.

Read his posts below. 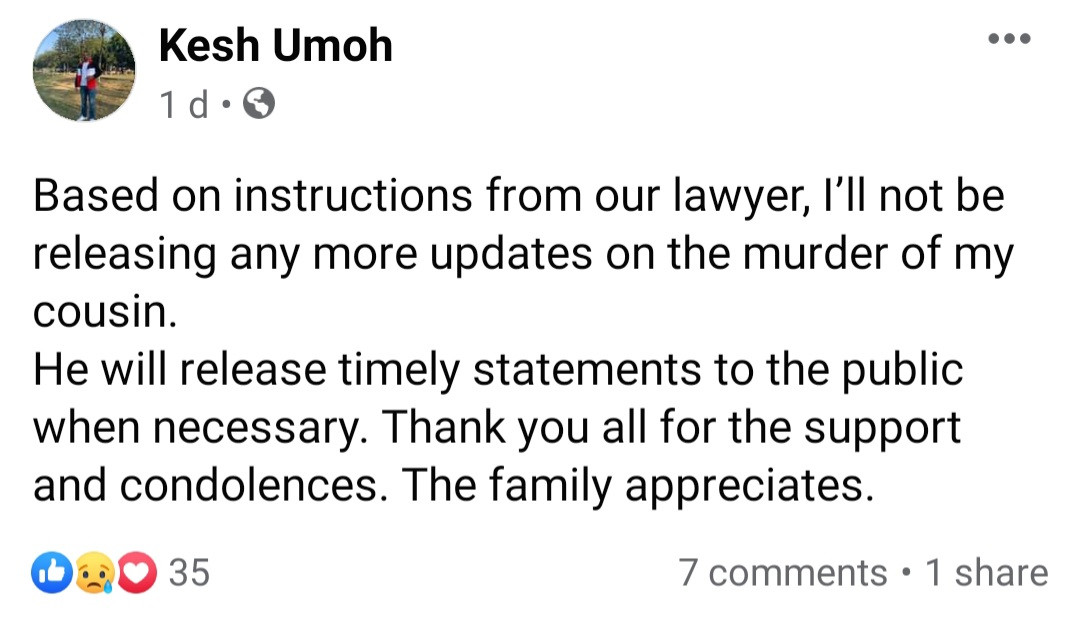 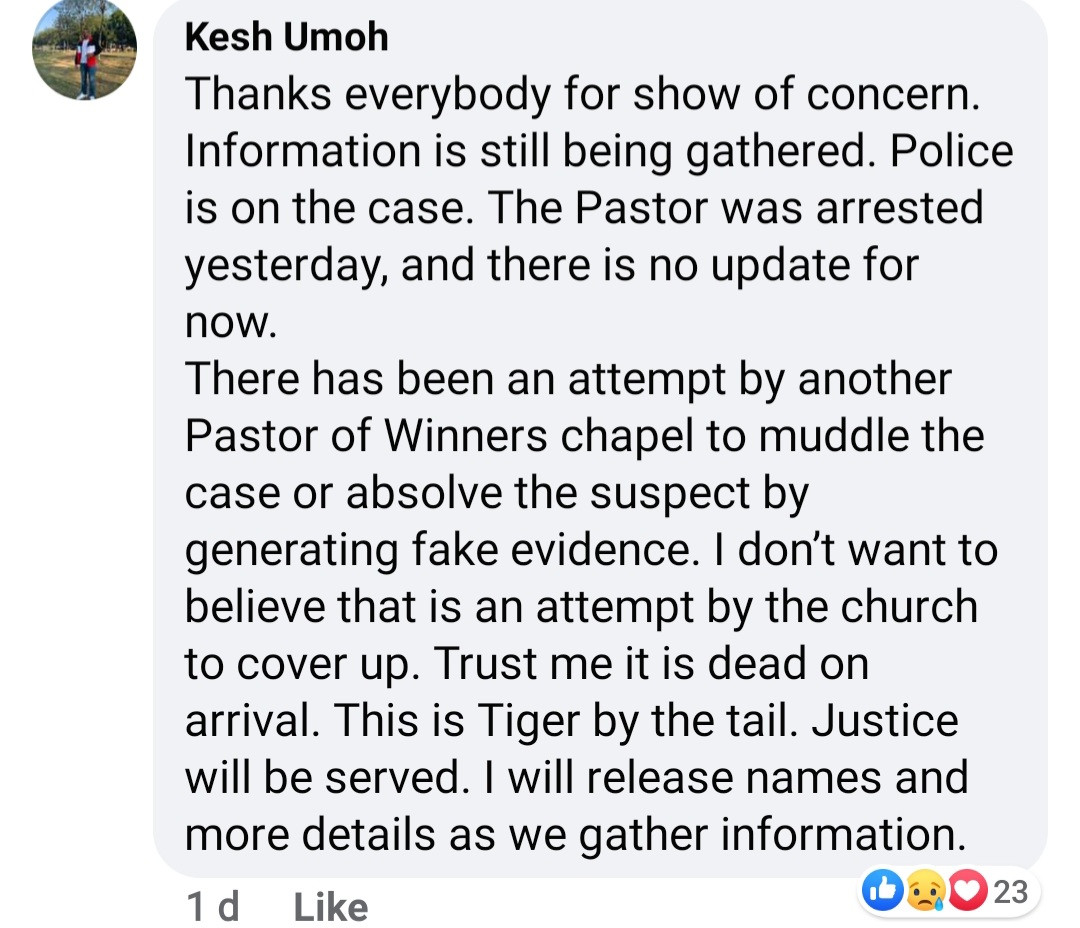 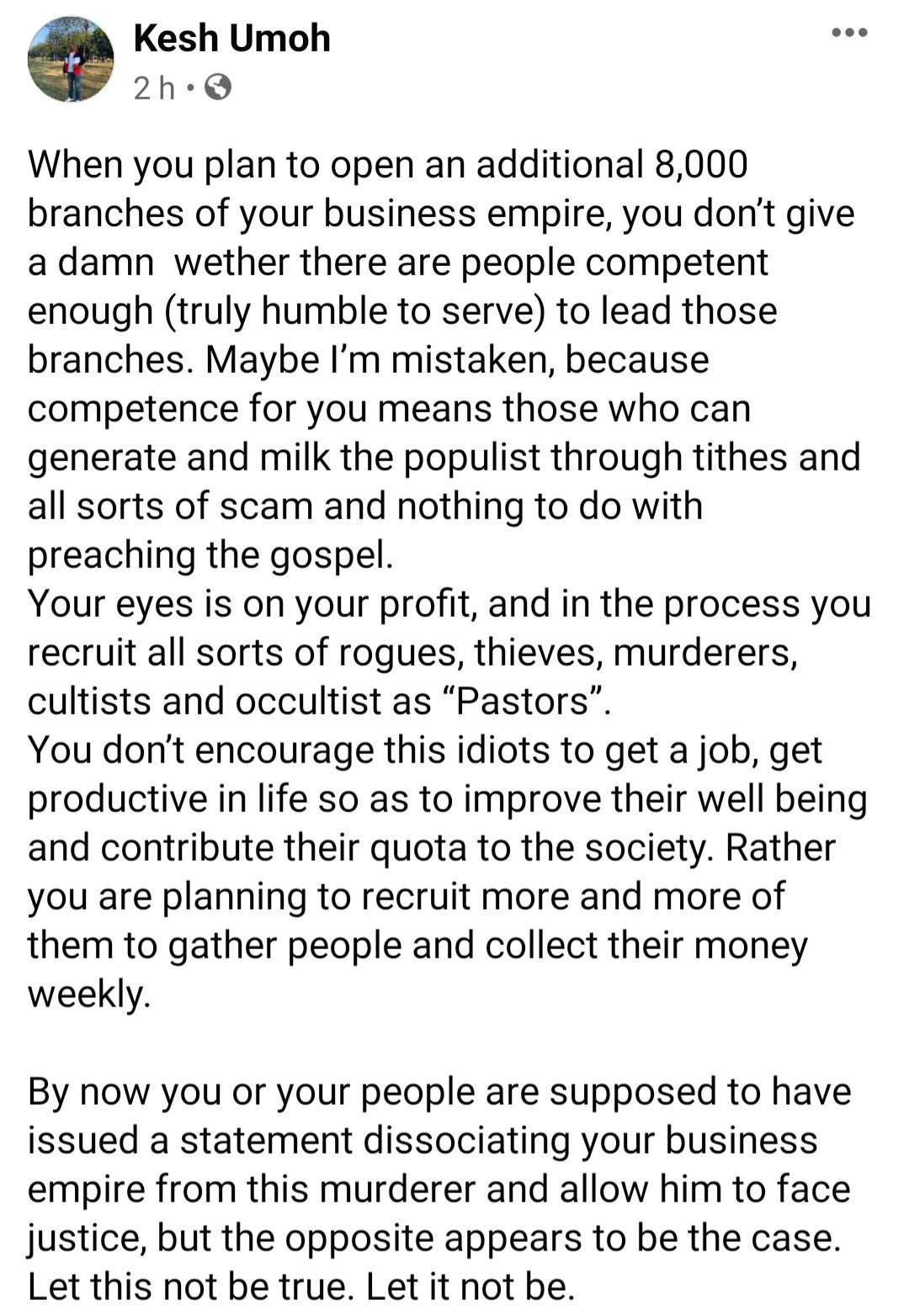 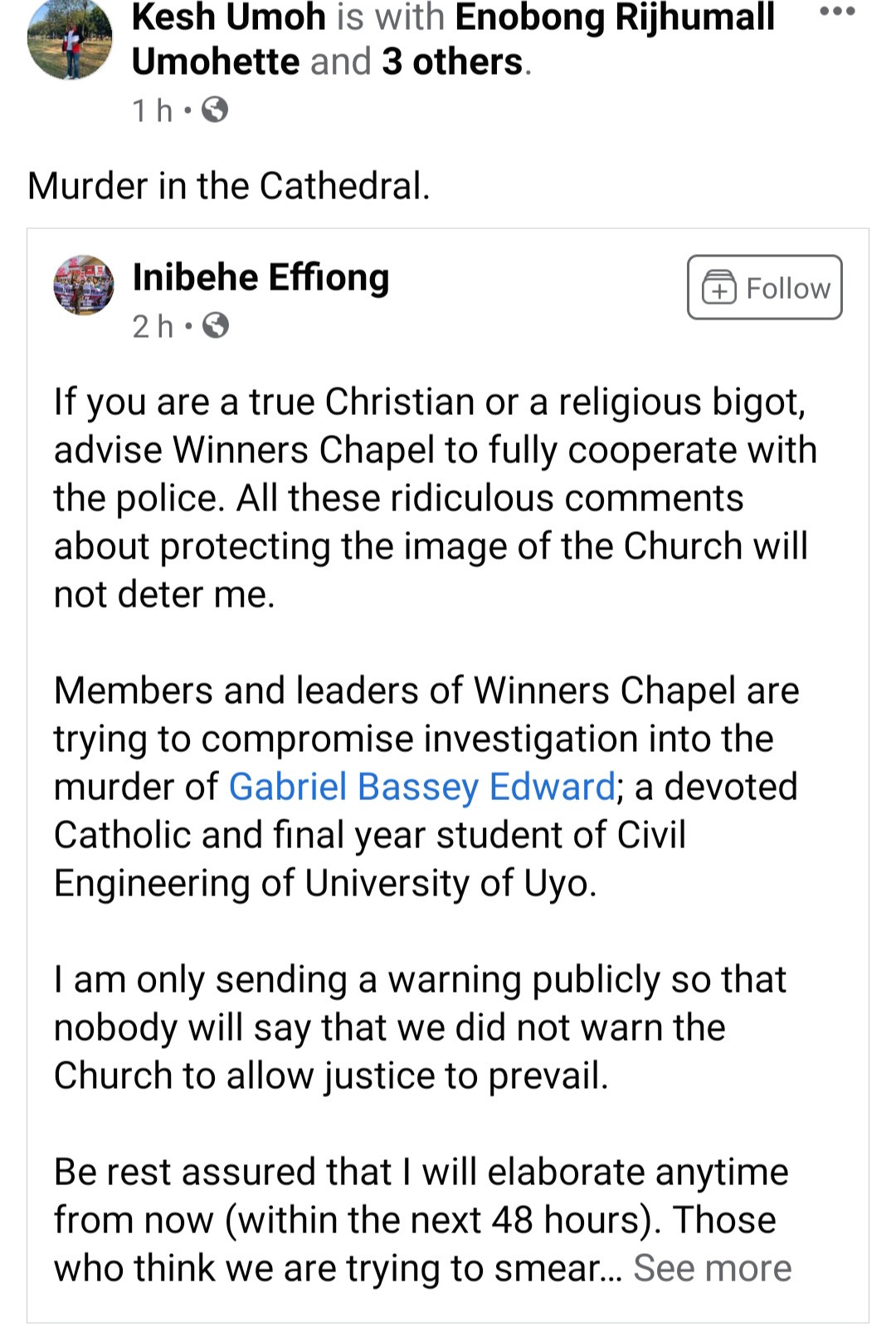