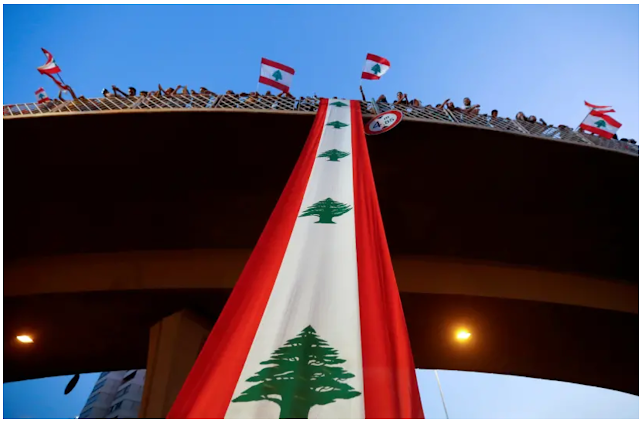 Demonstrators stood on a bridge decorated with a national flag during an anti-government protest along a highway in Jal el-Dib, Lebanon, October 21, 2019

“Lebanon has detected its first case of the new variant of the coronavirus, which has rapidly spread in parts of Britain, on a flight arriving from London”, it said on Friday.

“The detection of the first case of the new variant of COVID-19 on Middle East Airlines flight 202 coming from London on Dec. 21,” the country’s caretaker health minister said on Twitter, urging all passengers on the flight and their families to take precautionary measures”.

“A surge in coronavirus infections is straining Lebanon’s healthcare system, which was already struggling amid a financial crisis and following the huge port explosion in August which damaged hospitals in Beirut”.

Lebanon, with an estimated population of 6 million people, has reported more than 1,000 deaths as a result of COVID-19.