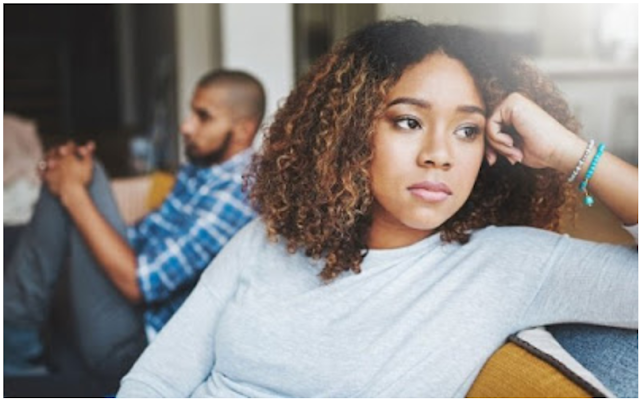 Dating someone means you’re seeing that person specifically, with purpose and on a regular basis. This indicates that a level of commitment  required from both parties who are dating.

So what happens when you find yourself in a relationship with a commitment-phobe?

What’s a commitment-phobe you ask?

Honestly, dating a commitment-phobe will most likely “end in tears”.

But with the right conversation, dating a commitment-phobe could lead to a positive end.

Without further stir, some giveaways to identify a commitment-phobe:

They Keep Secrets And Are Elusive

If you’re dating someone who doesn’t talk about themselves or avoids doing so, there’s a chance they are scared of committing to a relationship with you.

They may never talk about where they are or what they are doing and in some cases and may never let you in on the basic things in their lives. Does this describe the person you’re dating? Then you’re probably dating a commitment-phobe.

Worse, if the person you’re dating always picks out the meeting points for your dates, then possibly, they may be avoiding going out of their way to spend time with you and would rather meet at places convenient for them.

If you’re dating someone who has never promised you anything or offered an act of service or kindness, like accompanying you to an event or helping you pick out something, they may very well have issues committing.

They Always Mention That The Relationship Is Casual

If you date someone who constantly reminds you that your relationship is only casual, then they might have a fear of commitment.

They may say they aren’t looking for anything serious because they are “working on themselves” or that they are trying to focus on their career etc.

In addition to saying these, they’ll always find a way to get out of being committed to a relationship and would rather just casually date based on purely or mostly sex.

A commitment-phobe would most likely avoid discussing important matters in a relationship. They’d also always find a way to get out of any confrontation.

So if you’re dating someone who finds it difficult confronting conflict, they might also have commitment-phobia.

They Hardly Show True Affections In The Relationship

If the person you’re dating hardly shows their affections to you, then they might have commitment fears.  A commitment-phobe would most likely stop themselves from displaying any affections for their partners.

They’ll never or hardly be interested in anything concerning their partner other than sex. While this is the harsh reality, this is the predicted behaviour of a commitment-phobe.