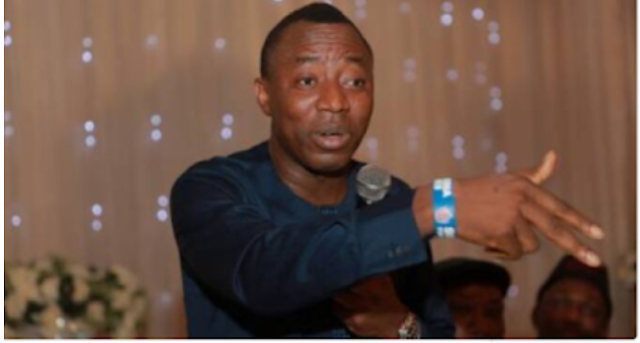 Sowore, the presidential candidate of the African Action Congress (AAC) in the 2019 election, was reportedly wounded by the policemen who detained him.

“Sowore was particularly singled out for torture by security operatives who had given him a blood nose before whisking him away,” a source reportedly said.

Earlier, Sowore had called for a rally around the country in a tweet.

“How about a CrossOver Protest/Uprising tonight? Anyone willing to participate? Pick up a candle and a placard showing your grievances against the regime, let’s upload our short videos and photos across our SOcial Media platforms. Let’s welcome the regime to a RESOLUTE 2021!” he tweeted. 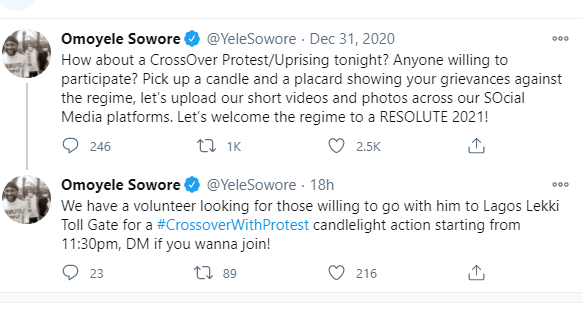 Mariam Yusuf, police spokesperson for the federal capital territory (FCT), was not available to comment on the arrest.

In August 2019, Sowore was arrested by the Department of State Service (DSS) for planning a nationwide protest.

He spent 141 days in detention before he was eventually granted bail, with a condition restricting him from travelling out of Abuja.