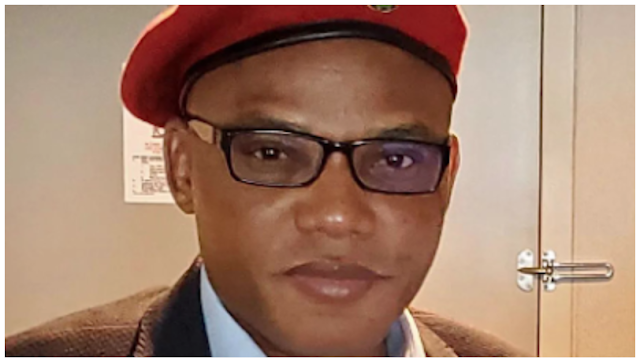 Nnamdi Kanu accused the Miyetti Allah Cattle Breeders Association of Nigeria, MACBAN, of kidnapping 344 students of the Government Science Secondary School in Kankara, Katsina State. The self-proclaimed leader of the IPOB argues that the demand by the US to further investigate who carried out the abduction was not necessary, claiming that Miyetti Allah is controlling the country.Recall that after the release of the schoolboys, Bello Matawalle, governor of the State of Zamfara, announced that the Fulani top socio-cultural group had arranged the release of the schoolboys.

“Firstly, I thank Almighty God Chukwu Okike Abiama that the boys have been released unharmed,” Kanu wrote on Facebook.

“I equally understand the US Government has demanded that the Federal Government of Nigeria investigate those behind the Katsina kidnapping of school children.

“What other investigation is needed when the Governor of Katsina State and his aides have made it clear on several occasions that Miyetti Allah is the group responsible.

Kanu said that Miyetti Allah does not only run the federal government, but also has strongholds in certain state governments, such as Anambra, Abia and Ebonyi. “They are also part of Willie Obiano’s cabinet in Anambra State, Okezie Ikpeazu is working with the same terrorists in Abia State, Orji Uzor Kalu has given them land for free in Lopka, and Dave Umahi will proudly tell you that he is happy to work with Miyetti Allah in Ebonyi State,” he said.The IPOB accused the Attorney General of the Federation and the Minister of Justice, Abubakar Malami, of rushing to label IPOB a terrorist organisation while Fulani herdsmen were walking openly.

He said Malami has “failed to do the same against a murderous Miyetti Allah because they know the game they are playing.”