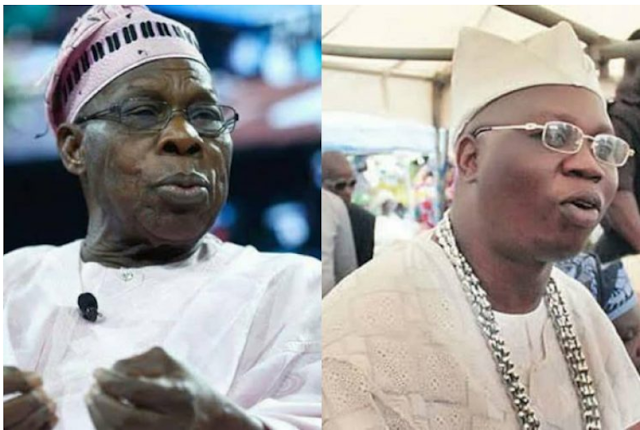 The Aare Ona Kakanfo of Yorubaland, Chief Gani Adams has disclosed how his 14 months confinement by former President Olusegun Obasanjo affected his income.

Adams, who is the leader of the Oodua Peoples Congress, OPC, was detained in 2000 by Obasanjo for purported suggestion of violence in Southwest region.

In an interview  on Saturday, Adams said “there was no group in the world that made a landmark without having a turbulent time”.

“He said for one to be a prominent figure, and for a group to be prominent, nationally and globally, one must pay the dues and make sacrifices”.

Adams added that “when one reads books and is a student of history, something like that should not weigh one down in the process and after the process”.

According to him, “he had already made up his mind that no matter the victimisation”, he was ready to pay the price, saying “he did not see the detention as something that affected him”, although the first and second arrests affected his livelihood, especially when Obasanjo was in power.

“I was detained for 14 months. Everything in my house, including my cars, was destroyed. I had to start afresh when I came back in December 2006″.

“In 2001, I was detained for another three and a half months, so it affected a lot of things. But the 14-month detention affected everything I had. So, I had to start to rebuild everything I had in my life. But it has become history today,” he said.

Adams said “the sacrifices he made were part of the reasons the Yoruba leaders and obas accorded him the prestigious title, Aare Ona Kakanfo”.

“If you don’t pay your dues, they can’t give you that position. Your antecedents matter. Somebody who passed through all these challenges and did not give up definitely ought to be given a title to defend the Yoruba race,” he said.

He, however, said “both his experiences in prison were horrible, saying that he did not see Nigerian prisons as correctional centres”.

On whether he had reconciled with Obasanjo as was being speculated, Adams simply said “I don’t want to talk about that.”