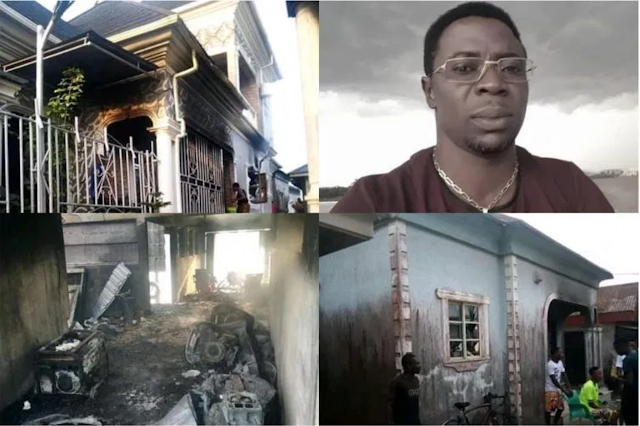 It was not a peaceful Christmas for one of the leaders of ex- Niger Delta ex-militants, Paul Eris, aka General Ogunbos, as yet to be identified  gunmen early Friday morning invaded his residence at Peremabiri community in Southern Ijaw Local Government area of Bayelsa State in a barricade which lasted over one hour.

Scanty details of the incident available indicated that the gunmen invaded the community around 6 am on Christmas Day.

According to eyewitnesses, the gunmen caused nervousness in community as they engaged in  scattered shooting while the barricade lasted

They left after they set the magnificent mansion belonging to General Ogunbos and some other houses on fire  in the community.

But no casualty has so far been recorded from the invasion, while it is also believed that the ex-militant leader is safe, though his whereabouts is yet to known.

“I can confirm that unknown gunmen invaded the Peremabiri Community early hours of today and burnt (Ogunbos) house and others. I don’t have the full details yet, but I am aware that no life was lost in the attack”

On whether the Ex-Agitator, Paul Eris alias ‘General Ogunbos” was in the house during the invasion, the Bayelsa State Police Command Spokesman said he did not have that information.