Genevieve Nnaji, a beautiful actress and mother of two, has been spotted publicly for the first time in months.

NenyKo learned that she was recently seen delivering a speech at an event in Abidjan, looking chubbier and healthier.

The Nigerian actor, director, and producer addressed delegates at the 2022 edition of Creative Africa Nexus about the importance of the film industry to African development. 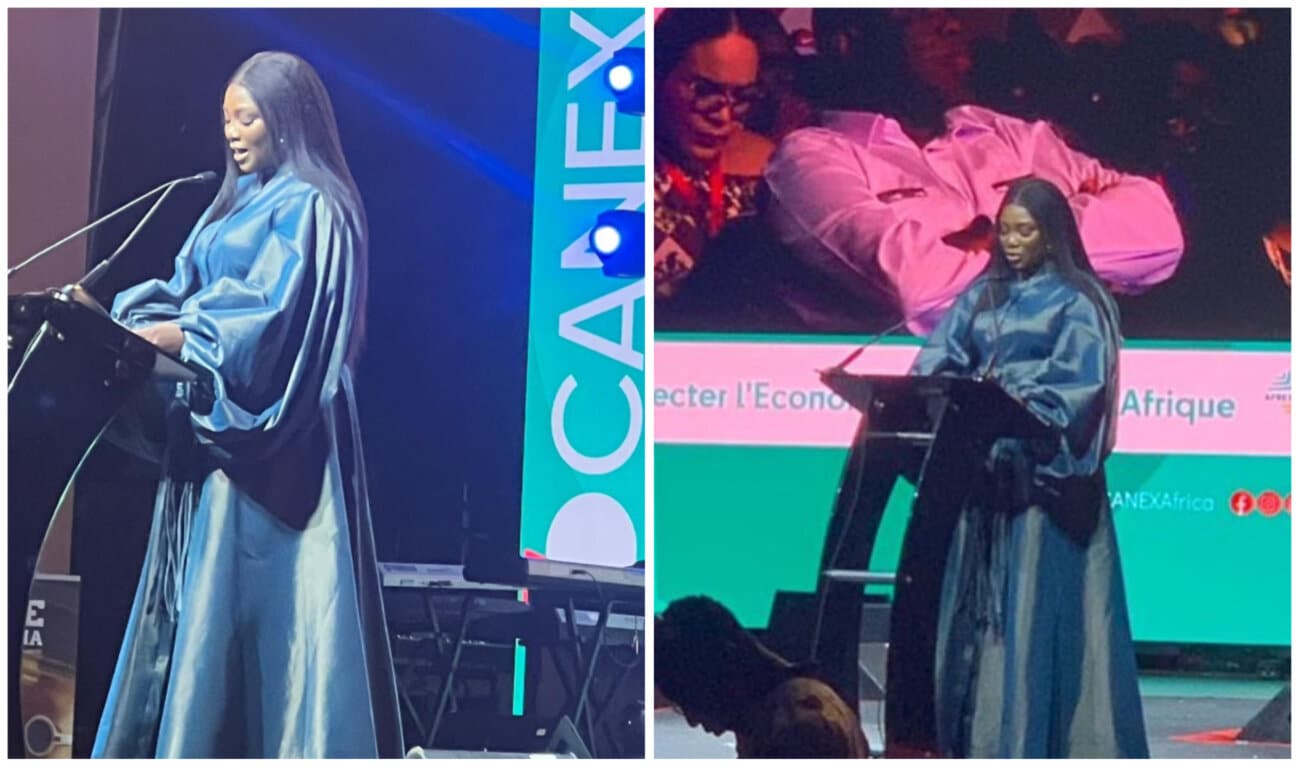 The Creative Africa Nexus is a gathering of Africa’s brightest creative minds, business and political leaders, policymakers, and thought leaders to drive global expansion and trade in the creative and cultural industries.

The viral photos have since sent many of her fans into a jubilatory mood.

One Kim wrote “I am the happiest right now. She is even looking more chubby. May God continually be with her and be with her through whatever she may be going through”

One Bola wrote “Are we sure she wasn’t on maternity all along? This chubbiness looks like that of a nursing mum. She’s very good at keeping her life private & that’s one of the many things I like about her. I am glad she is healthy and fine”

NenyKo recalls there were unconfirmed reports that Genevieve Nnaji was reportedly staying off the public eye to take care of her health, especially after she suddenly deleted all her posts on Instagram.

Speaking about the actress in a response to a fan’s query, Omotola said she doesn’t have anything to say about it.

She, however, assured the fan that the actress would speak to them anytime soon.

The fan wrote, “Say some thing on Genevieve’s condition please”.

She replied, “Don’t have anything to say to you unfortunately but I’m sure she’ll speak to her fans very soon”.

The Actors Guild of Nigeria, AGN, had previously said it knows nothing about the mental health problems which actress Genevieve Nnaji was allegedly battling.

An Instagram blogger, Gistlover, had said the actress was hospitalized in the United States over psychiatric conditions.

The President of the AGN, Emeka Rolland, told NAN that Genevieve’s exit from Instagram was news to him too.

He, however, promised to reach out to the actress to know if she was safe.

“I will have to reach out to her since I am just getting this news from you now. I have not learnt of that.

”I’ll reach out to her to know whether she is safe or not after your call. I cannot just conclude with hearsay or rumour,” he said.