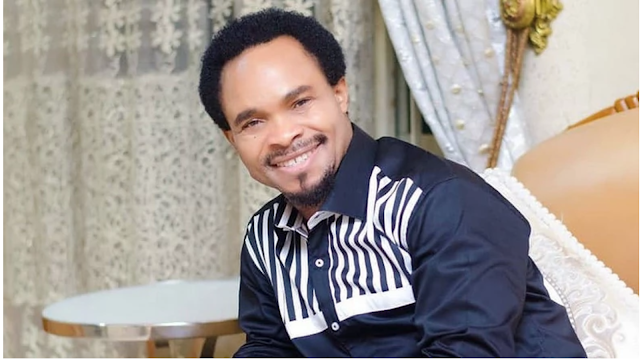 Nigerians are having a field day reacting to the video that has gone viral on social media, which spotted   (COS) Chief Of Staff to the Governor of Abia State Anthony Agbazuere spraying money (naira notes ) on a clergyman  Chukwuemeka Ohanaemere Odumeje a.k.a indaboski, in his office.

In the video that was shared on Twitter by @Enwagboso, Agbazuere has seen spraying naira notes on the clergyman who was dancing. 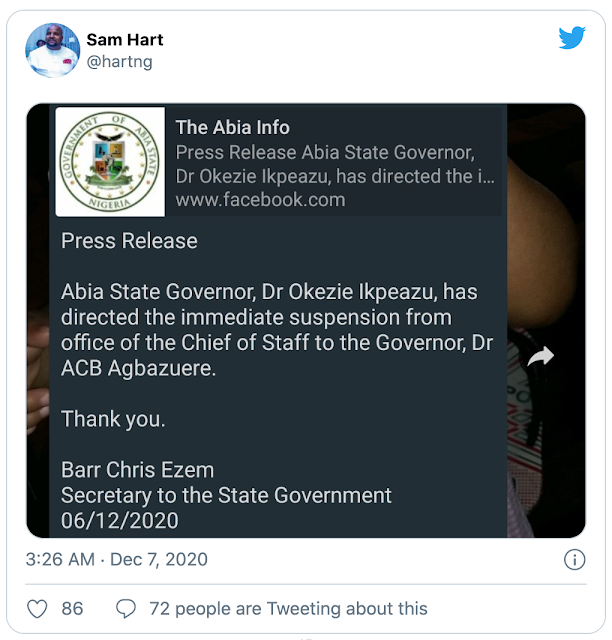 Though the date of the video was recorded, it is certain to have been shot in Agbazuere’s office.

Nigerians on Twitter are however knocking the politician for carrying out such an act inside his office.

Watch the video, see reactions, and drop your comment.