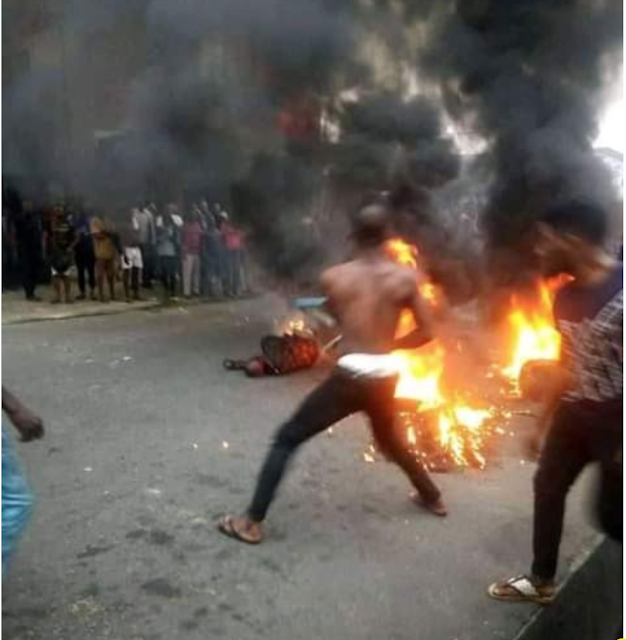 An angry mob set fire to an alleged thief after he was found attempting to steal a cell phone in Uyo, Akwa Ibom state capital.The incident occurred at approximately 7 a.m. on Thursday, December 17, along Abak Lane, Uyo Akwa Ibom Province.It was confirmed that the perpetrator had been apprehended by the people of Abak Road when he was attempting to steal a woman’s cell phone on Wednesday night.A local source told newsmen that he was among the notorious armed robbers who terrorised Uyo, especially the famous Ibom Plaza and the surrounding area in recent times.It was also collected that the perpetrator specialised in snatching cell phones and dispossessing people with their money and valuables.

“He is a member of the notorious armed robbery gang who has been terrorising the whole of Abak road, NEPA Line, and even the Ibom Plaza area. They always snatch people’s phone and dispossess innocent members of the public of their money,” a resident said.

“But yesterday night his cup became full and he was caught in the act and burnt alive after snatching somebody’s mobile phone. In fact, I was told that when he was caught, some police officers arrived to take him to their station but the people refused and took him away to a Street, burnt him and later brought his corpse to Abak Road where everyone can see. It is unfortunate how young men waste their lives.” 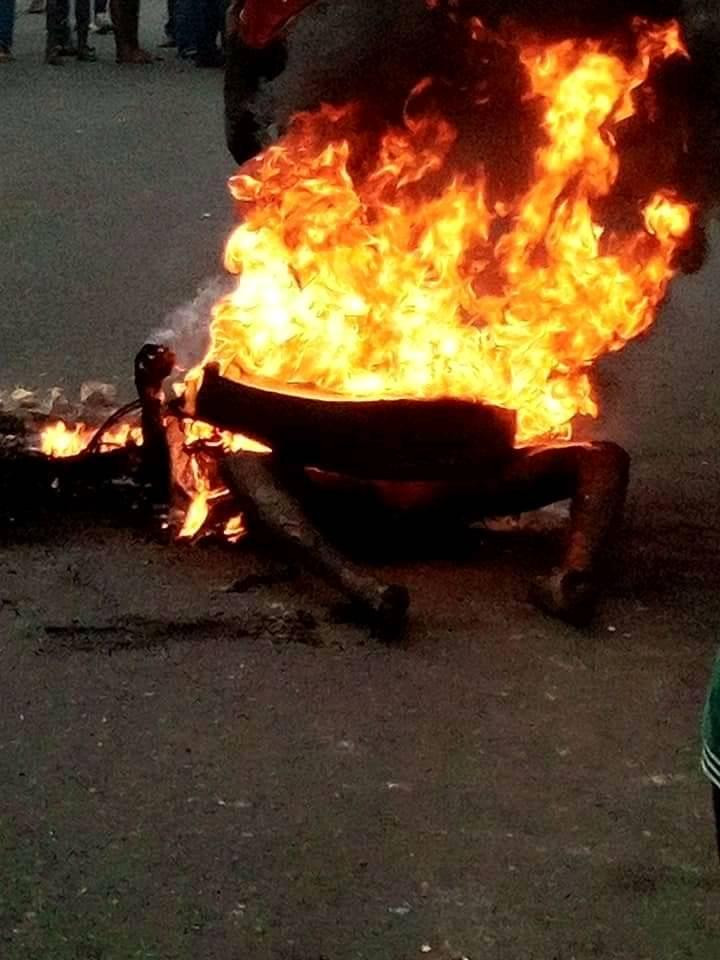 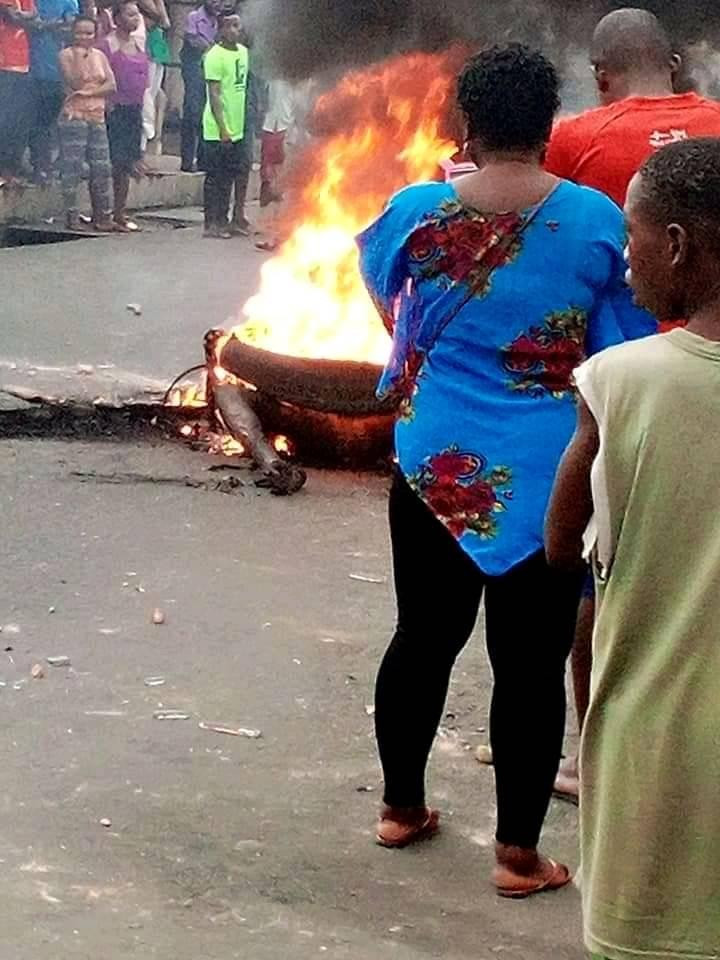 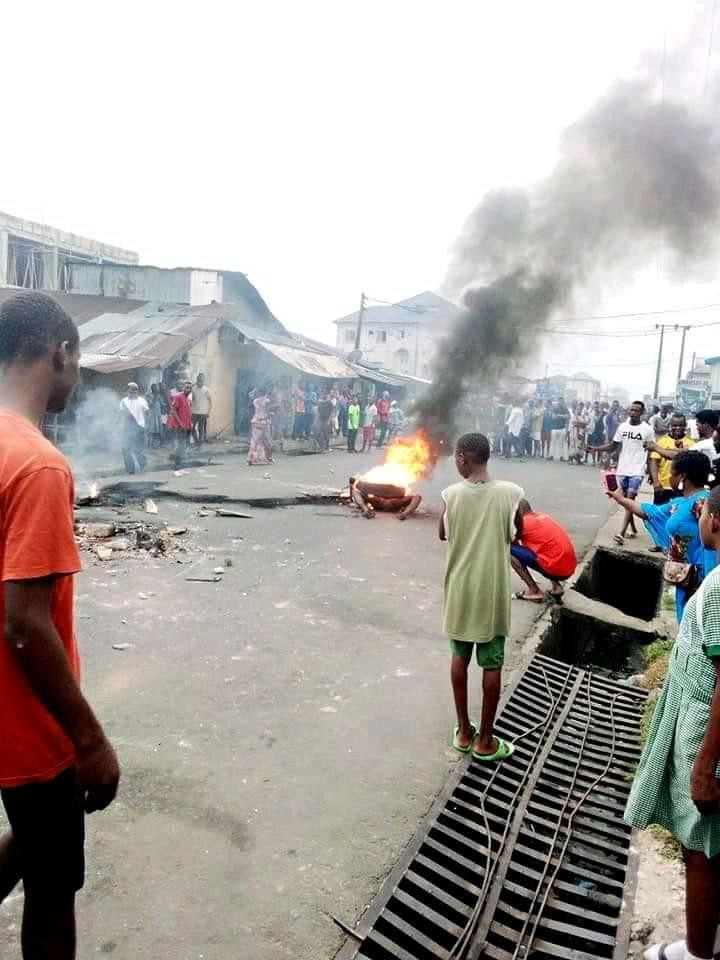 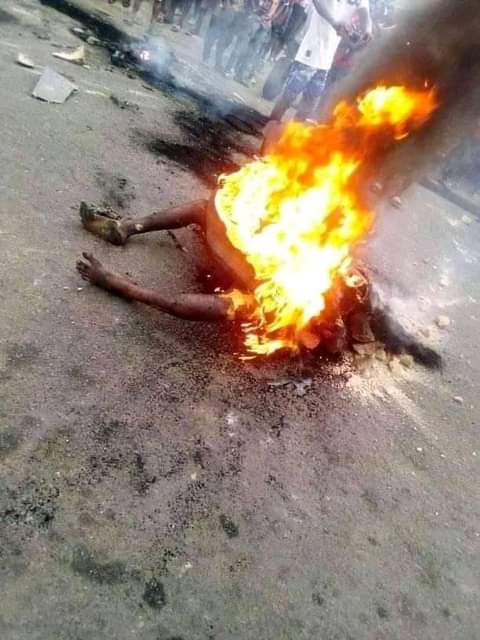 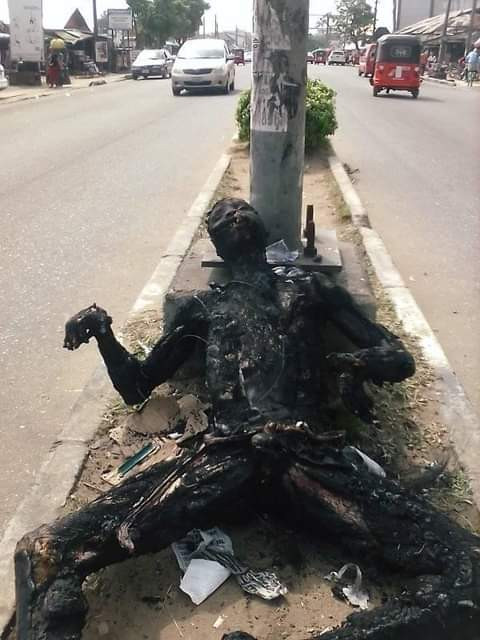 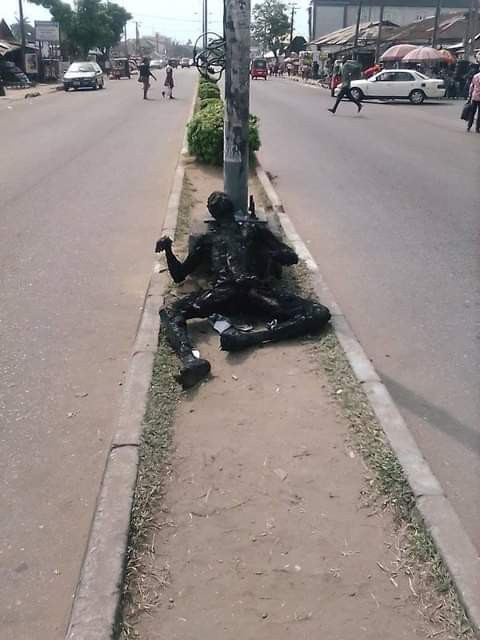 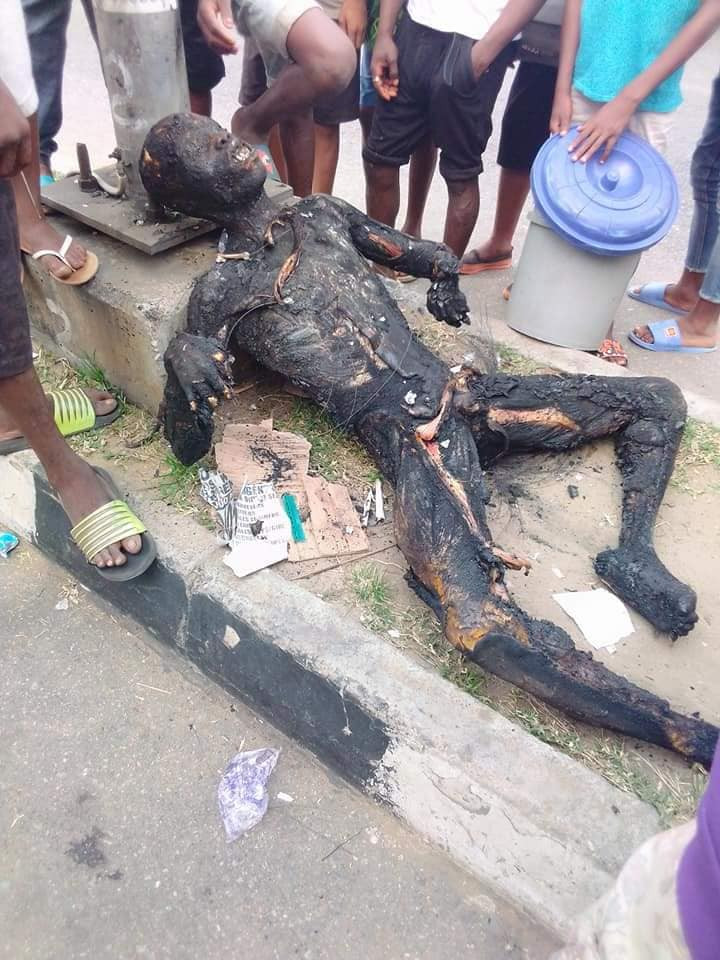 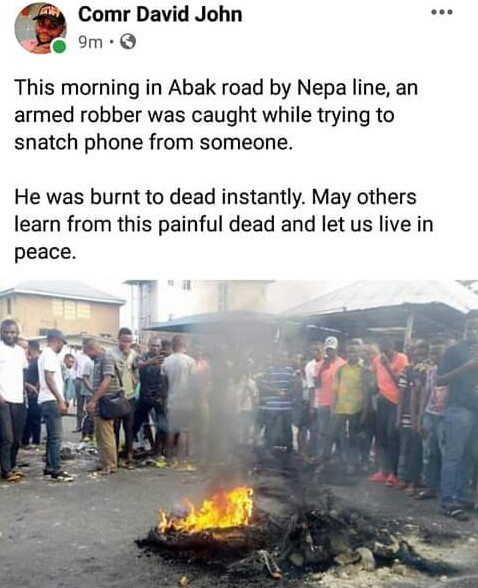