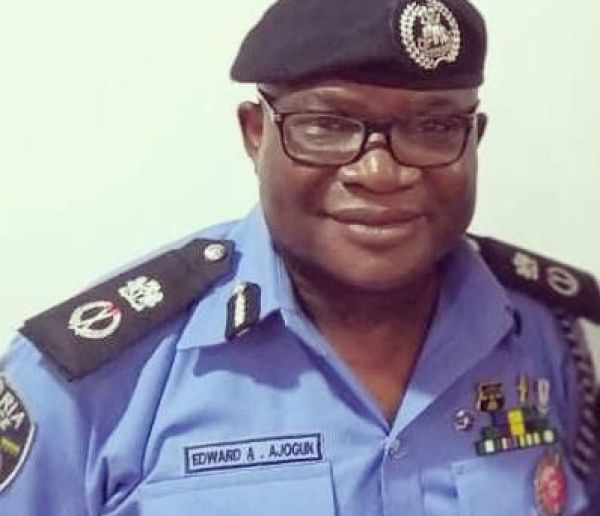 On Sunday, a suspected armed robber has been shot dead in a gun-battle with policemen along Shagamu/Ikenne Expressway area of Ogun, Southwest Nigeria.

Ogun State Police Command’s spokesman, DSP Abimbola Oyeyemi in a statement, said the robber met his Waterloo when a distress call was made to the police at Ikenne divisional headquarters that a group of armed robbery gang was operating in between Adelex filling station and Ladgroup company along the expressway, dispossessing people of their valuables at gun-point.

He said upon the distress call, the Divisional Police Officer, DPO, Ikenne division, CSP Ndoukauba Onuma mobilized his patrol team and personnel to the scene.

“On sighting the policemen, the hoodlums engaged them in gun-battle, consequent upon which one of the robbers was shot dead while others escaped into the bush with varying degrees of gunshot injuries”.

“Recovered from the scene are, a mock gun, a Toyota Corolla car with registration number KNN 84 TD which was snatched from the owner,” he stated.

Meanwhile, the Commissioner of Police, CP Edward Awolowo Ajogun, who expressed satisfaction at the quick response of his men to the distress call, has ordered a massive manhunt for the escaped members of the gang.

He also advised the general public, especially hospitals and traditional healers to notify the police if they sighted anybody with a gunshot injury in their area.

The CP, therefore, assured the people of the state:

“That the command was determined more than ever to ensure their safety at all time, especially as we are approaching the Yuletide season”.