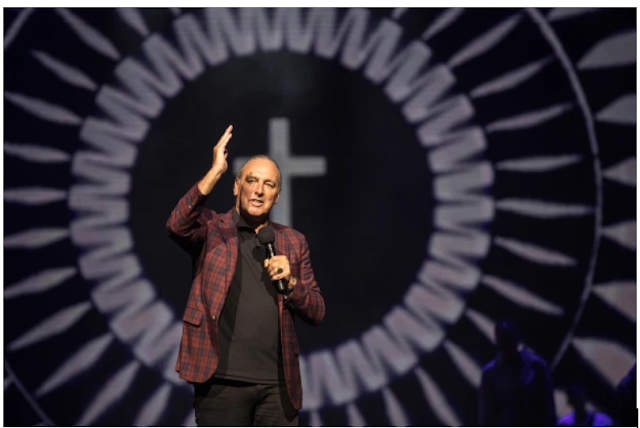 For years, megachurch Hillsong has been doing damage control for appalling claims of member mistreatment — some of which, representatives have admitted to The Post, were found to be true.

“In February of 2018, Hillsong Church received a letter with serious allegations regarding specific members of the Hillsong NYC volunteer and staff teams,” a rep for the  celebrity-institution told The Post in response to the former members, who called the Australia-born temple chain a “cult” and claimed they were made to perform unpaid “slave labor” while a part of it”

”We were very concerned to learn that any church member, volunteer or staff member would feel unsafe. Immediately, we launched a comprehensive three-month inquiry into the claims made in the letter.”

The internal investigation  was launched in November  there was indeed merit to some complaints, while others “were found to be inaccurate,” although the rep insisted Hillsong “realized that those situations required care and concern as well.”

“Sadly, we learned that some of the allegations were true,” the statement continued. In response, Hillsong’s “team took immediate action to address those allegations” by implementing an ethical standard code for all Hillsong East Coast volunteers and creating a department to enforce and “examine” all future alleged violations of it. A “confidential” Hillsong email was set up for the submission of complaints which, if “substantiated,” were submitted to review by another committee.

“Finally, we enlisted the services of an experienced and respected HR consultant,” the statement concluded. The consultant worked alongside Hillsong’s existing global human resources team to audit existing “organization practices” and “develop tools and systems” to help “maintain a safe environment” and equip staff to “minister more effectively.”

In a separate statement, the representative specifically addressed former Hillsong College student Yolandi Bosch’s claims that she was made to work long shifts performing unpaid manual labor — at one point 20 consecutive hours, she alleged — after being put on the school’s Refresh team.

“Like all students and volunteers on the Refresh team, when Ms. [Bosch] was a student in 2012, she would have helped maintain the building during special events and conferences,” the rep wrote, adding that Bosch would not have been allowed to work as many hours as she claimed due to a time restriction on individual jobs. “Our guidelines would have prohibited any student or volunteer from performing a single task for 20 consecutive hours as part of this program.”

Bosch claimed “she was not alone in being subjected to hours of unpaid toil, noting that on one occasion she performed her duties despite having kidney stones, leading her to pass out while working at a conference. She said she watched multiple other students become suicidal as a result of the program, which — along with other “diverse student teams serving during special events” — the rep said “give students exposure to the wide range of activities involved in contemporary church life while also helping them develop teamwork and leadership skills essential to any form of ministry.”

The statement did not directly address whether any changes have been instituted to the Refresh program since Bosch’s time in it, but simply added that Hillsong is “continually devoting ever-increasing attention to student life balance and increased staff supervision and support for all aspects of students practicum involvement, including the Refresh team.”