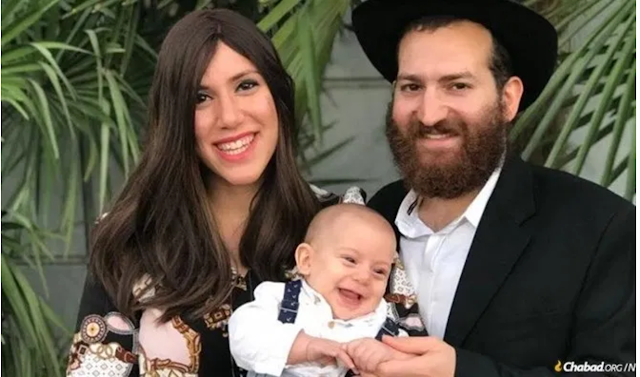 Chabad the Jewish group in Nigeria, and part of the global Jewish assistance and relief network has appointed a first Rabbi to take control of Lagos center.

The new Rabbi is Mendy Sternbach, an Israeli. Rabbi Sternbach is 27, years old and has a 22-year-old wife called Mazal. ,

Chabad’s mission has existed for a long time in Africa and has the 11th presence in Sub-Saharan Africa.

In a speech, Sternbach said: “While simultaneously studying in New York and Israel to earn rabbinic ordination and rabbinical judicial degrees since 2014, I always returned to Nigeria for almost every Jewish holiday.

“We will officially open Chabad House to serve about 450 Jewish residents in the coastal city of Lagos, Nigeria, which is Africa’s most populous city of 17.5 million people and the continent’s fourth-largest economy.

“The establishment of Chabad center is apt because it is coming at the time many organizations and foundations serving the nation cut-back on their activities.

“Nigeria had so far recorded 60,000 coronavirus cases and 1,200 deaths till date and Chabad has been more active than ever before,” said Sternbach.

He explained that the organization planned to create open spaces to boost its Jewish assistance and relief work in the country.

He also said that adequate arrangements had been made to safely accommodate no fewer than 70 people who wished to participate in Jewish activities at the Chabad Lagos center.

“Despite current challenges, Nigeria has tremendous economic potential and with its growth, the Jewish community is expected to grow as well.

“We will put the infrastructure in place and be ready to serve people’s needs, achieve the mandate of Rabbi Menachem Schneerson, of righteous memory, to bring Torah, Jewish study, and Jewish tradition to every place that Jewish people can be found.

“Nigeria is such a unique place and I feel so lucky to be part of this beautiful project,” he further said.

He made known that business people working for international corporations and aid organizations constitute the majority of the Jews in Nigeria’s Chabad present in Abuja, Lagos, and Ibadan.

“The Jews did not have anyone to care for their spiritual life, our mission is to reach each and every Jew and light up their neshama,” the Rabbi said.