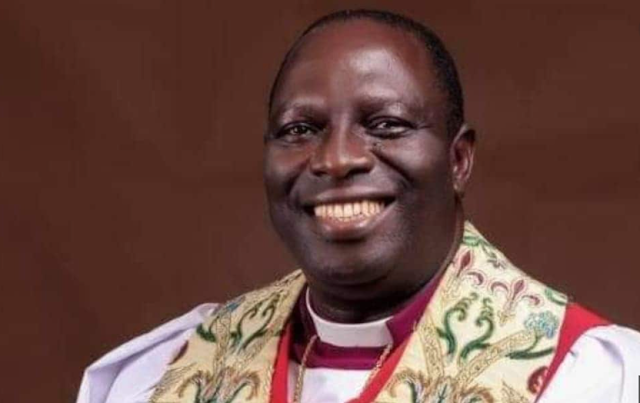 Bishop Rufus Adepoju has been suspended for allegedly engaged in sexual misconduct with the wife of a priest under his employment and care.

For this reason, he has been told not to partake in any activity of the diocese for a period of one year.

In a letter dated December 11, 2020, the cleric was asked to handover to his archbishop.

Rufus Adepoju, the diocesan bishop of the Church of Nigeria (Anglican Communion) of Ekiti state, has been suspended for allegedly engaging in sexual misconduct with the wife of another priest.

The cleric was said to have been caught with the wife of a priest under his employment and care.

In a letter, which accused the cleric of sexual misconduct, stated that he did not deny the act rather accepted his wrongdoing.

The man of God will not participate in any activity of the diocese as the diocesan bishop for the period of his 365days suspension.

The minister of God has been asked to report and handover to his archbishop.

The leadership of the diocese of Ekiti prayed that the cleric seeks the face of God during the one-year suspension.

The suspended bishop took over from Bishop Oludare Oke who retired at the age of 70.