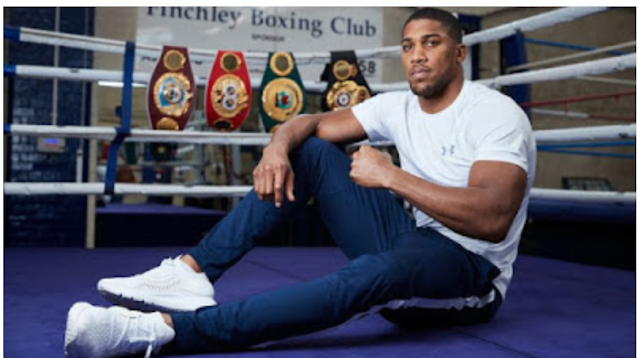 Nigeria-British boxer Anthony Joshua has a street named after him in the Ogun State Local Government Area of Sagamu.

The Council Chairman, Gbenga Banjo announced that the Cinema Road in the council has now become “Anthony Joshua Way”.

Speaking at Anthony Joshua’s family house along Anthony Joshua Way in Sagamu on Tuesday, Banjo said the decision was taken to show gratitude to the boxing legend for making Sagamu and Remoland great.

Earlier this month, the two-time unified heavyweight champion retained his world title belts with a ninth round win over the Bulgarian Kubrat Pulev.

Sagamu Local Government was congratulated by the Remo Growth and Development Foundation for renaming the famous Cinema Road after Joshua.

In a statement on Wednesday, the Chief Operating Officer, Yemisi Oluwole, described Joshua as an international ambassador for Remo.

She called on the youth of Remoland to emulate Joshua by being the best in their careers, while thanking leaders and stakeholders in the state.

“A call is made to other sons and daughters of Remoland, most especially the youths of Remoland to emulate the virtues of Anthony Joshua by being the best in their chosen careers.

“And also to always be law-abiding citizens and stay away from any acts that can lead to social unrest,” the statement read in part.