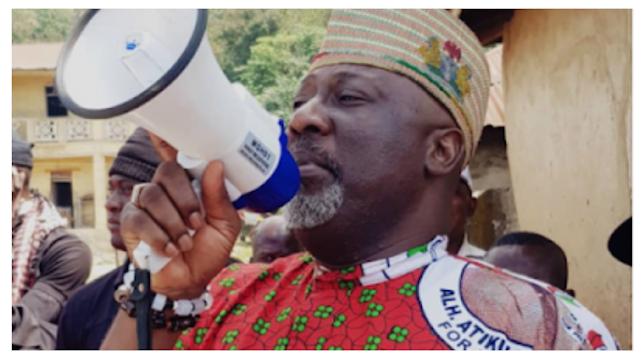 Former Kogi West Senator Dino Melay said on Tuesday that ex-President Goodluck Jonathan saved Nigeria from ruin when he conceded defeat. Melaye said Jonathan’s phone call to President Muhammad Buhari, where he conceded defeat spared Nigeria from ruin.The former lawmaker made the comment when apologising for the assaults on Jonathan in 2015.Speaking at an event in Abuja, Melay wondered why Jonathan made a phone call.

“President Goodluck Jonathan, I want to say that on behalf of all of us who shot blindly, we are sorry.

“The one that I later wondered why you did was that phone call.

“I sometimes wondered that if you had not made that call, we would not be where we are today.

“But after I saw what is happening in America, where President Trump is saying ‘I no go gree,’ I can now see the reason for that call.

“There are very few people like you. I pray for that anointing.”