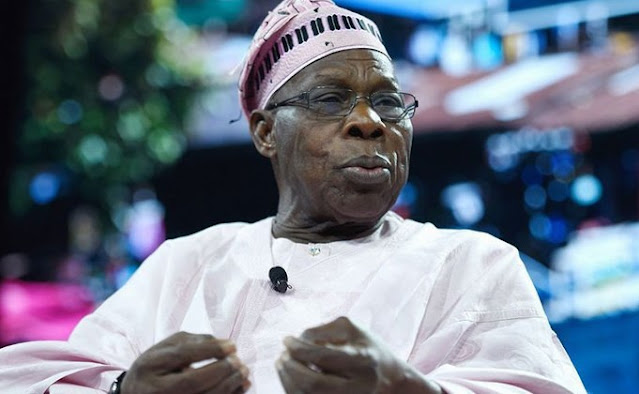 Nigeria’s former President, Chief Olusegun Obasanjo has narrated how his arrest and detention by the late dictator, General Sani Abacha affected his catfish farming.Obasanjo spoke in a meeting with farmers, under the sponsorship of the Catfish Farmers Association of Nigeria (CAFAN) at the Boardroom of Olusegun Obasanjo Presidential Library (OOPL) Abeokuta, at the weekend.

Obasanjo, expressed satisfaction in returning to the association, after what he revealed to be an “interregnum”, assured that the industry would be at enviable heights in no distance time if they all worked together as a body.

“I started poultry farmers association and as a result of its achievements, that was why I began the catfish association too. What put me off, was that I was arrested, detained and I was prisoned”.

“When I came back, I had thought I could return to my farming business, before I was taking to the gloden cage in Abuja. I will say, it has been an interregnum. But, I am back home now.”

The CAFAN Grand patron lamented that the farmers had been overwhelmed by the intermediaries in the industry, emphasising that there was a need to change the situation in order to make headway in the industry.

“The situation in catfish farming is caused by the farmers because the farmers have allowed these intermediaries, who does nothing to be dictating for them. You are the ones working and they are the ones making the profit. It shows that the farmers are not liberating themselves”.

“And if you want to liberate yourself, within a year, we can do it. And that is what we have to do. We have to re-strategize,” Obasanjo disclosed.

He commended the leadership for it steadfastness under the new Catfish Farmers Association of Nigeria, as he formally enjoined the leadership to join at the December 29 showcasing of his aquaculture venture to the Ogun State governor, Prince Dapo Abiodun in Abeokuta, Ogun state.

The National President of CAFAN, Sunday Musa Onoja said the exemplary traits of the former President in farming could not be over-emphasized in and outside the country, adding that the association would no doubt tap from his experience to take catfish farming to the next level.

The association Identification Card (ID) was presented to Obasanjo by the Board of Trustees (BoT) chairman, Chief Tayo Akingbolagun, while the Vice President (Southwest) Prince Olorunfemi Sunday, the Ogun state Coordinator, Dr. Jaji Kehinde and other members from Ogun, Ekiti, Oyo, Lagos joined in commendation.