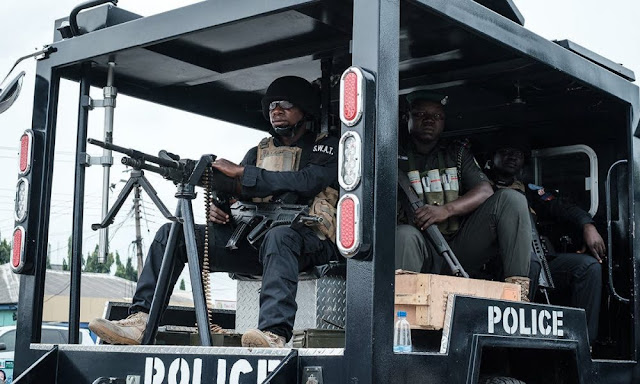 Tragedy struck in Imo State on Saturday as policemen allegedly killed by a stop-and-search service on the Owerri/Orlu expressway, Nude Oguzie, who was on his way to Owerri for a wedding reception.

An eyewitness told our correspondent in Owerri on Sunday that the cops had instantly escaped, realising that they had killed the native of the Njaba Local Government Area of Imo State. The victim was driving in his Toyota Camry, according to the eyewitness, when one of the trigger-happy cops fired him for allegedly refusing to stop.It was gathered that the passers-by had taken Oguzie to the Federal Medical Center in Owerri, where he was pronounced dead.When questioned, the State Police Spokesman, Orlando Ikeokwu, confirmed the incident.Ikeokwu said that the three trigger-happy officers had been captured, detained, and held in custody.He said The Imo State Police Command condemned the murder of one of Jude Oguzie’s operatives attached to the Command on December 5 along the Njaba/Owerri Route.
“The Commissioner of Police, Isaac Akinmoyede, wondered why the officers refused to adhere to rules guiding the use of firearms.”
He then ordered an investigation into the matter in order to unravel the cause of the incident. However, the officers involved have been named, arrested, and are currently in custody.Although sympathising with the family of the deceased, the CP urged them to stay calm, as the Command would do its utmost to insure that justice was done.“The Command regrets the killing of the deceased under any guise especially now that the force is doing everything within its powers to put an end to incidents of brutality and incivility to members of the public.”