Charly Boy, a Nigerian singer, has warned the founder of Omega Fire Ministries, Apostle Johnson Suleman, to be wary of his inner circle.

The legendary singer mentioned how the clergyman has been involved in a number of scandalous stories over the years. Despite admitting that many Nigerian pastors are fraudulent or scumbags, he believes that Apostle Suleman bears the brunt of the blame. 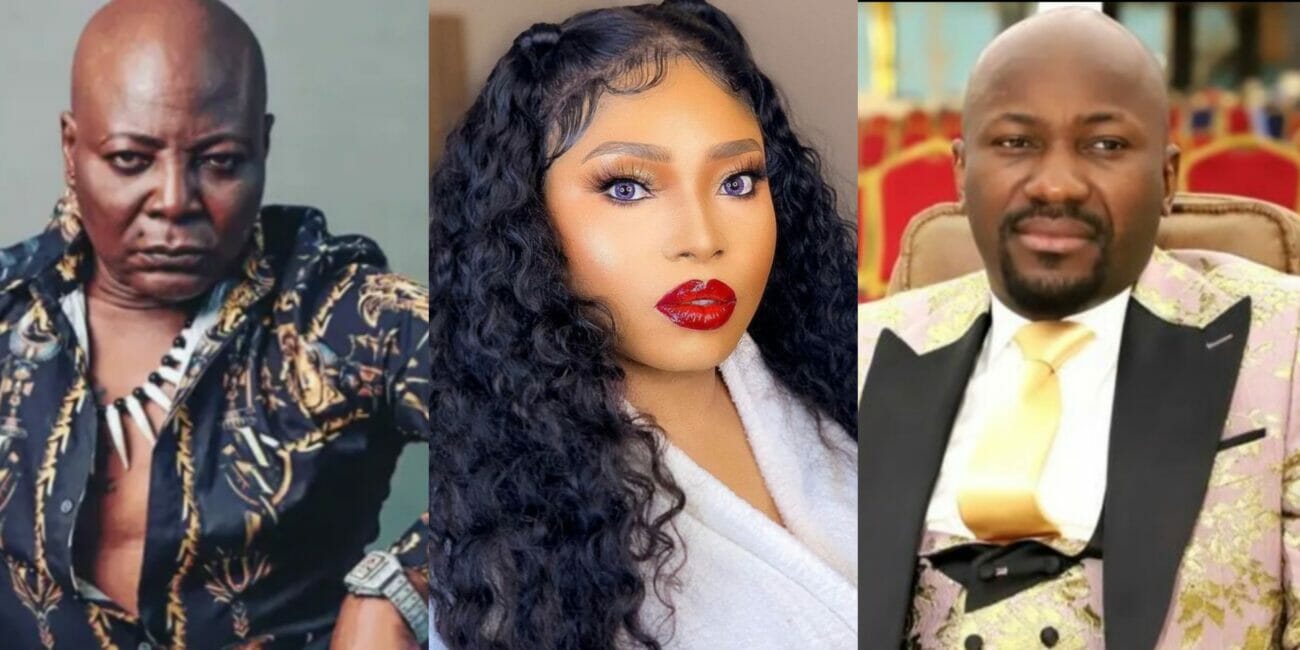 As such, he warned the controversial clergyman to be careful of the women around him. Charly Boy claimed to have had a bad dream about him where some women were trying to cut off his penis.

Halima Abubakar opens up on their affair with evidence

Just days back, Halima Abubakar had finally opened up on her affair with clergyman, Apostle Johnson Suleman.

The actress, who was unbothered with the lawsuit filed against her by the clergyman, had taken to a recent interview to spill tea about their affair.

Halima revealed that Apostle Suleman first reached out to her on phone to be his friend. They got talking for four months and he sent her 500,000 to show he was serious in his relationship with her.

The ailing actress insisted that she never knew Suleman was married as he told her that he was separated. Halima shockingly revealed that she pleaded with him on countless times to reconcile with his wife, but he remained adamant.

Halima claimed that Apostle Suleman proposed to her seven times but she rejected his proposal. Unbothered with the rejection, he involved the actress’s parents in their affair and did an introduction with her.

Speaking on their sexual life, Halima revealed that she discovered that everytime they had sex, she would always bleed but since she wasn’t spiritual, she didn’t read meaning to it.

To prove herself, Halima shared old photos she took of the clergyman while in a hotel on Valentine’s day. She berated media personality, Daddy Freeze for pitching tent with Suleman, who he is friends with.

Halima added that she had a tattoo of his name on her hand when their relationship was good and when she discovered he was married, he had calmed her down.

Apostle Suleman has currently sued Halima Abubakar for N1billion for defamation. Their court case is set to begin in March, 2023.