The Chairman of ICPC, Prof. Bolaji Owasanoye, gave the charge on Thursday in Enugu while inaugurating the members of WARN Network, Enugu State Chapter.

Owasanoye, who was represented by Mr. Enosa Omoighibo, Resident Anti-Corruption Commissioner, Enugu State, urged the members to ensure uprightness and transparency as they kick out corruption in Enugu State. 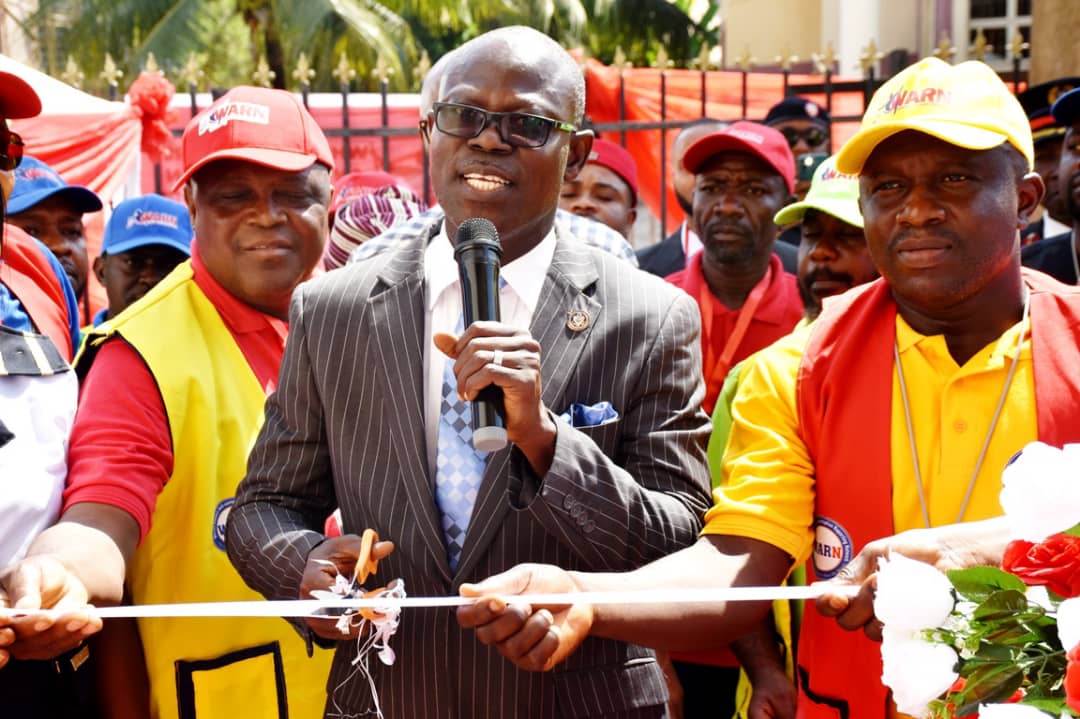 “Your task needs utmost professionalism and confidentiality in order for you to win public trust and through that you get the needed information and vital intelligence to nail down corruption,” he said.

The chairman, however, commended WARN for its support to the commission and other anti-graft agencies within the country, adding that “unless we eradicate corruption, it will sink the whole country”.

He also appealed to Nigerians to join the fight against corruption to better the lot of the country and its future generation, adding: “If you see something going wrong, say something”.

Speaking, the Executive Director of WARN, Mr Gabriel Onwe, said that WARN had received a cumulatively 1,381 whistle-blowings information and successfully supplied the information to anti-corruption agencies of which three already secured convictions.

“WARN is collaborating with Anti-Corruption and Transparency Units (ACTUs) in 499 Ministries, Departments and Agencies (MDAs) of government to complement and strengthen the efforts of the ICPC in preventing corruption.

“One key benefit of ACTUs is increased capacity to efficiently assess corruption vulnerabilities in the MDAs,” he said.

He observed that “the country is faced with unprecedented corruption; therefore, a search for remedy must be a continuous process. Transparency attracts development, while corruption does not only repel but destroys already achieved development.”

In a message, Mr Aloysius Obiorah, the Commandant of Nigeria Security Civil Defence Corps (NSCDC), Enugu State Command, assured WARN of the command’s cooperation, adding that NSCDC was in the vanguard of fighting corruption as well.

Obiorah said that the NSCDC had a full-fledged anti-corruption unit in each of its state command, adding that the unit specialises on issues of fighting all forms of corruption within and outside the command.

Mrs Callista Ugwu, State Director of National Orientation Agency (NOA) in Enugu, assured WARN of the assistance of the agency to achieve its mandate in the State.

Ugwu noted that the agency would activate its anti-corruption clubs within primary and secondary schools to deepen the participation of more residents in the fight against corruption.

On his part, Dr Valentine Madubuko, Enugu State Coordinator of National Human Right Commission, said that corruption had been a cankerworm eating up the wealth and development of the country.

“We must put concerted efforts together to ensure we change the tide of embezzlement and misappropriation of public funds in the country at all levels,” Madubuko said.

Ezema added that “I feel very happy to have been called to the service of my country because I know that if my generation gets it right, the future of this great country will be better secured.

“As a young man, I know that a lot is expected of me. My love for this country and my commitment for a better society is what I believe will assist me to achieve success on this assignment.

“The Whistleblowers Anticorruption Network is a friend of everybody who wants a better society. We therefore believe that with the help of everyone here, the security agencies, political officeholders, government officials, the media and civil society groups, we shall work together to ensure we eliminate corruption from our society.”