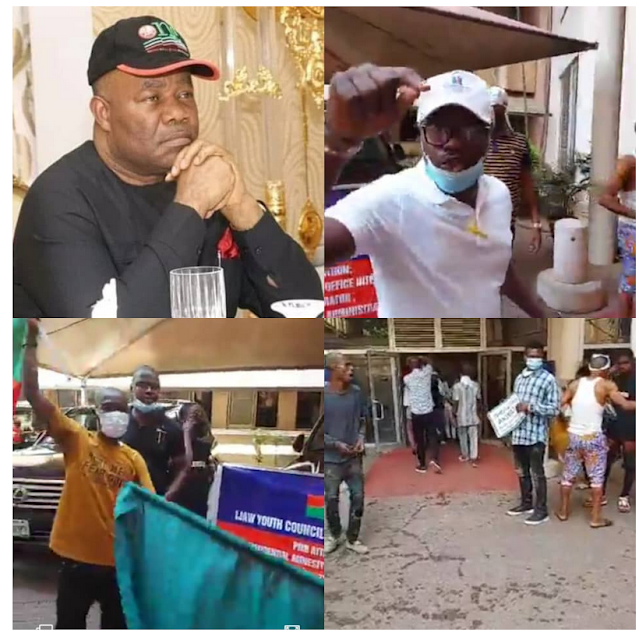 The aggrieved youths arraigned the former Akwa Ibom state governor of bringing his own brother to run the affairs of the commission.

One of the youths who spoke during the protest at the NDDC office said:

“He cannot use the Ministry of the Niger Delta as his child pet. No way. We wouldn’t accept that. That is the reason why we are here to make sure he leaves this office today.”