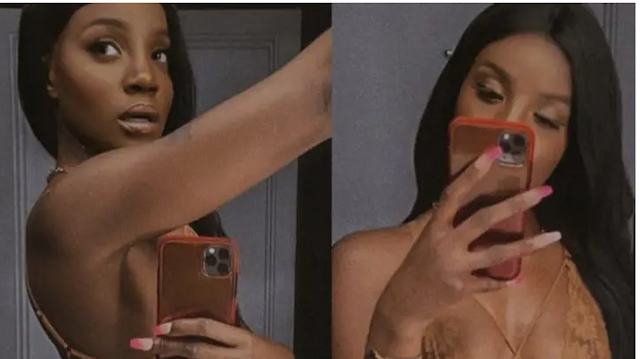 The singer in the caption revealed that her new year resolution is to “keep it 100” and get a six pack.

Latasha reacting to the photo, engaged the singer to live her life. He wrote; “See ehn.. just do you. Be happy! Live!!!”

Responding to the comments made by Latasha, Seyi said; “I’m the happiest I’ve been in ages.”

Meanwhile some celebrities and fans reacted to the photo, including OAP Dotun who hoped the photos weren’t leaked.