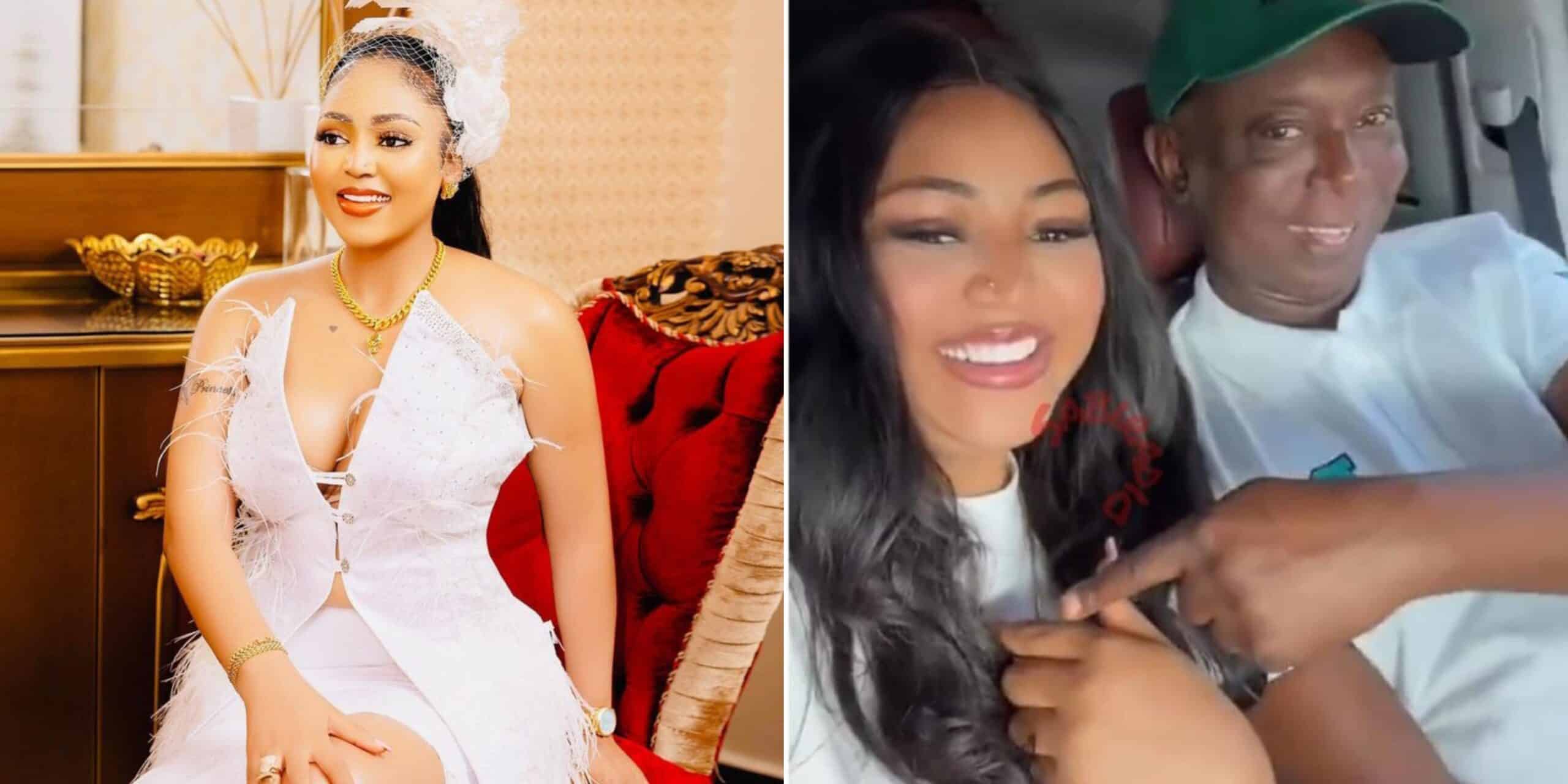 Regina Daniels, a Nollywood actress, and her billionaire husband, Ned Nwoko, have left many people drooling as they participated in a couple quiz.

Nigerians are warming up to the beautiful couple, whose age difference is still a source of contention for many.

Regina posted a video of herself and Ned Nwoko participating in the popular TikTok ‘Couples Challenge Questions.’

The couple teased their fans with juicy details about their marriage.

The couple who were being quizzed about their relationship, pointed out who was guilty of a question.

One of the questions was on who said ‘I love you first’, which they both pointed to Ned Nwoko.

Another questioned was ‘Who cleans the most’ and Ned Nwoko beat Regina to it.

A third question was on who was most likely to start an argument and the lovebirds pointed at Regina.

The billionaire couple pointed at Regina Daniels when asked who was the most annoying.

Regina Daniels is no doubt living a baby girl lifestyle, as she doesn’t cook for her billionaire husband, Ned Nwoko.

The light-skinned actress, left many brooding as she made a new revelation about her marital life.

Regina shared a video on her Instagram story of her and her husband, Ned Nwoko on their way out.

The private couple, who rarely speak about their personal life, surprised many when they disclosed one of their marital secrets.

In response, the movie star stated that his new look is an evidence of good living.

Giving her credits, Ned stated that she was the one who cooks for him.

Regina Daniels laughed off his statement as she revealed that she doesn’t cook for her husband.

According to her, people do not even know that she doesn’t enter the kitchen.

Concurring with her, Ned stated that Regina doesn’t cook for him, but she enters the kitchen to cook for herself.

Recall that Regina Daniels, had finally replied those who have been mocking her for marrying Nigerian politician and businessman, Ned Nwoko who is 61 year -old.

The marriage, which was contracted in April 2019, was widely criticised on social media because of the 38-year age gap between the couple.

Replying her critics, via an Instagram video, Regina Daniels asked them to ‘Shut the f**k up.”