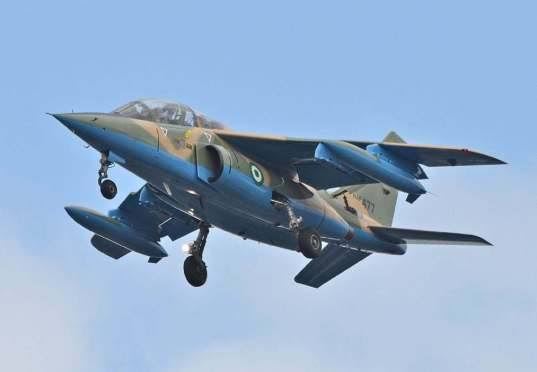 The Coordinator, Defence Media Operations Major General John Enenche, revealed in Abuja on Tuesday, that the Air strikes came just about 48 hours after the terrorists massacred the rice farmers in Zabarmari in Jere LGA Born State.

“The air interdiction missions destroyed some dwellings of Boko haram terrorists’ leaders in Sambisa forest area and at a settlement about 1.7km East of Yale, both in Borno”.

“The air raids were taken undertaken after credible intelligence and series of aerial surveillance missions”.

“This indicated that some terrorists that carried out recent attacks against innocent civilians were harboured  in makeshift structures in the areas.”

“The attack aircraft, while taking turns to engage the targets, delivered lethal bomb and rockets strikes, resulting in the destruction of some of the structures and the killing of several terrorists,”, he said.