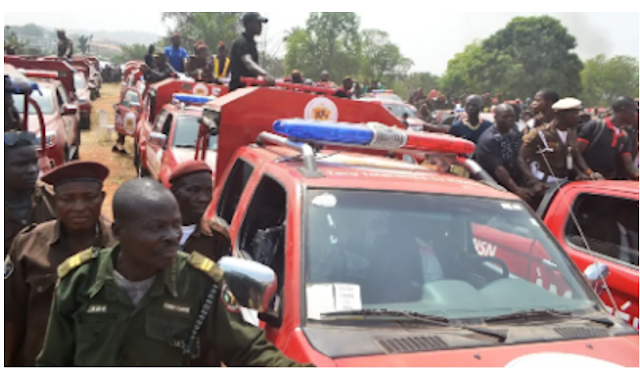 The Oyo State Security Network Agency, codenamed Amotekun Corps, issued telephone contacts on the weekend of the heads of the security agency in all 33 local government areas of the state.

Contact numbers have been published in view of the rising levels of illegal violence, such as armed robbery, abduction and other organised crimes in the area.

Our correspondent remembers that no less than three people have been abducted in the state in the last three weeks.

The three people abducted in the last three weeks are a woman abducted at a quarry site in Moniya, a farmer abducted along the old Ibadan/Oyo road, and Mrs. Jimoke Oludele-Babalola, the elder sister of Mr. Sunkanmi Babalola, a member representing Egbeda State Constituency in the Oyo State House of Assembly.

It was authoritatively confirmed that of the three people who had been abducted in the last three weeks, only one of them, Mrs. Jimoke Oludele-Babalola, had been released.

It must be noted that the lawmaker’s sister was released on Saturday.

Amotecun, a defence outfit set up by governors in the South West of Nigeria, has, however, made available contacts to the heads of the Amotecun Corps in 33 local government areas of the state.

Our correspondent has heard that phone numbers have been issued in order to allow residents to dial a number in the event of a security violation in some part of the state.

The contact numbers of the heads of the Amotecun Corps in the 33 local government areas were collected by newsmen on Sunday.

The contacts made available as collected by our correspondent can be found below: