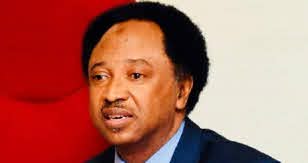 Shehu Sani, a former Nigerian lawmaker, has commended the former President Goodluck Jonathan for  refusing to use the prevalent killings and brutality in the nation to praise his tenure in govenment.

Recount that Jonathan ignored the questions directed to him during the weekend on the nation’s insecurity,that he is not the appropirate person to answer such .

He claimed to have his own confrontaions close to the current situation while he was in the office.

“I was there before and of course, you know there was a lot of insecurity.

So, I am the very wrong person to make comments on the insecurity in the land.” Jonathan said.

Sen. Sani reacting to this, applauded the former Nigerian leader for not taking delight in the failure of the current government.

“Former President Jonathan did not take advantage of the prevailing violence and bloodshed engulfing our country to embellish his tenure, he reportedly said he is not ‘the best person to speak about insecurity.’

“He exemplified humility and statesmanship in this respect.