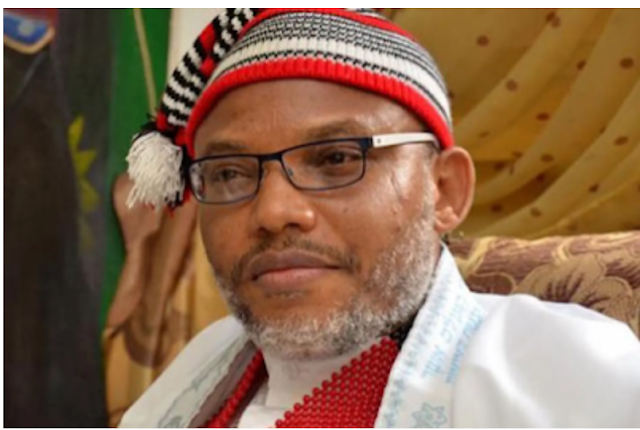 The South East Coalition has condemned the threats of Mazi Nnamdi Kanu, leader of the Indigenous People of Biafra, to the governors of the region following their opposition to his East Security Network militia outfit.

The coalition also praised the unity of the Southeast governors in denouncing the actions of Kanu, warning Ndigbo not to fall prey to the antics of the IPOB leaders.

Recall that the IPOB threatened the South East governors not to work against the Eastern Security Network that it had set up or prepared to face dire consequences and asked the local vigilantes in the region not to allow themselves to be used by the governors.

HDuever, the Igbo Group Coalition, responding to the threats of the IPOB, asked the governors of the region not to succumb to the tricks of Kanu, insisting that his activities were illegal under the law of land and humanity.

The coalition urged the governors of the region to lay down laws that would benefit citizens, warning that Kanu must not be allowed to exercise any parallel leadership as they would be hostile to the peace and development of the Southeast.

They also warned Igbos, especially youth, not to succumb to Kano’s plans to cause disunity.

“We wish to strongly condemn Nnamdi Kanu’s threat to Southeast governors and local vigilantes following the governors’ opposition of his illegal activities in the region among which is his formation of a militia group to disturb the peace of our region.

“We call on our governors who are elected by the people to represent them not to be intimidated by Kanu’s threat. They should go all out against him by exposing him for what he is, for the betterment, peace and unity of Igbo land.

“It is not in the place of Kanu and IPOB to institute laws for the people of the South East but the functions of governors of the region who were elected constitutionally by their people to act in that regard.

“Kanu and his team do not mean well for Ndigbo. From all indications, it can be glaringly seen that his actions are for his personal benefits and not for the generality of Ndigbo as he tries desperately to portray.”