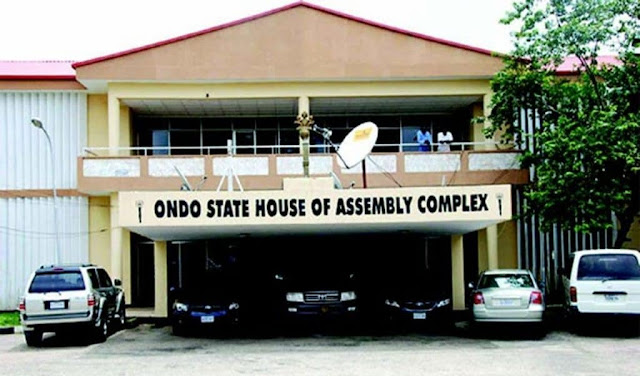 The Deputy Speaker Ondo State House of  Assembly Iroju Ogundeji, who has been in a conflict with the house, has been removed by the members of the Assembly.

The state legislatures instantly elected Mr. Samuel Aderoboye from the Odigbo constituency 2 as the new Deputy Speaker, Ondo House of Assembly. This new development came after a plenary session of the House on Tuesday 24th November 2020.

Reactions from Nigerians
Ogundeji’s impeachment has attracted some reactions on social media, especially from those familiar with the political developments in the state.
The Public Defender, @Speak4ThemAll, said: “Ondo State is fast becoming the headquarters of “Wild, Wild West”.”
Another Twitter user, NBA/NFL FREAK, @dat_cele_boi, said the state House of Assembly “has been rendered to a joke.”