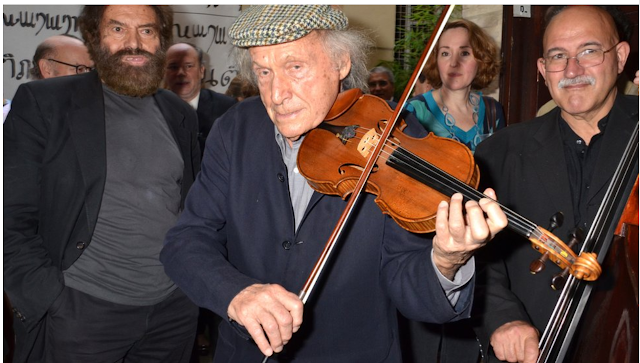 The most fascinating figure with a passion for exploration, Gitlis has been noted  as one of the modern greats of classical music.

He played with the world’s finest orchestras but was said to be equally at home performing with rock stars and jazz virtuosos.

In 1955, he became the first Israeli musician to play in the Soviet Union.

Gitlis was also a stalwart advocate of the Israeli-Palestinian peace talk.

Born in 1922 in Haifa to Jewish parents who had left what is now Ukraine.

He first started playing the violin when he was six years old.

“How did I start playing? I simply wanted a violin, even though I was so small that I couldn’t even play it. But I decided. I chose violin, and at age six I began,” Gitlis was quoted as saying by AFP news agency.

He carried on playing well into his 90s.

As well as having a successful music career, he was a goodwill ambassador for the UN.