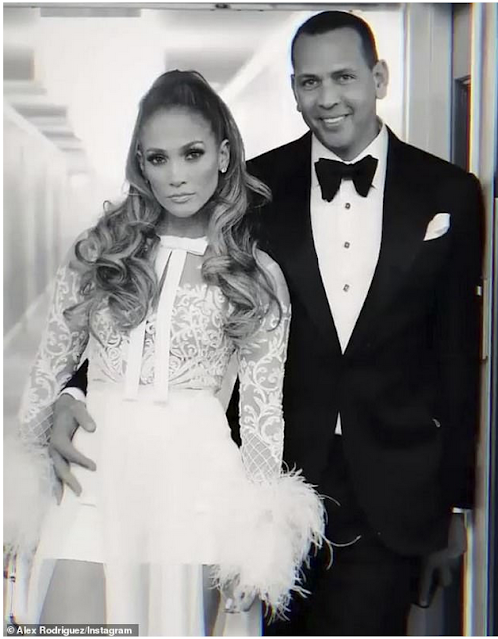 Jennifer Lopez is thinking about not entering into  marriage  with her fiance Alex Rodriguez after calling off  their wedding in June in the middle of  the coronavirus pandemic.

The 51-year-old singer and actress poured her heart  about the state of their relationship while on interview  on Andy Cohen’s radio show.

At the newest episode, the host asked Jennifer if she and Alex, 45, would consider calling off their wedding and just remain in a relationship like Goldie Hawn and Kurt Russell.

“We’ve talked about that, for sure”.

“At our age, you know, we’ve both been married before. It like, ‘Do we get married? Do we not? What does it mean for us?”

“And it just comes down to personal… Like, ‘What do you want to do?”

“There’s definitely no rush, though.

“It was really sad because we were supposed to get married in June and we had planned it all, so in March or April we’re looking down the pipe and we’re going, ‘This is maybe not gonna happen. Italy’s the worst place in the world.’ And we were gonna get married in Italy.”

Once Jennifer and Alex decided to cancel the wedding, they tried to “regroup for later in the year” but later realized that it still wasn’t the “right time” to get married.

“It was just a little disappointing and you just think to yourself, ‘Well, things will happen in their divine time in a way”.

“But the same thing with the Goldie thing and Kurt, you think, ‘Do you have to? Should we?’

“It just kind of gave us a moment to pause and think about it and I think it’s something that maybe is still important to us, but there’s no rush.”

“It will happen when it happens.”

The Hustlers star and former New York Yankees player got engaged in March 2019.