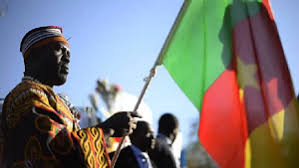 Rights groups in Cameroon have condemned the kidnapping and killing of traditional leaders in the country’s restive anglophone regions.

Over the weekend, three traditional leaders were kidnapped in the country’s South-West region and one in the neighbouring North-West region.

Two of them have been killed, according to South-West governor, Bernard Okalia Bilai.

According to BBC News, Yaounde

In a tweet on Monday, a human rights lawyer and activist, Felix Agbor Nkongho had described the kidnapping and murder of the traditional rulers as “an affront to our traditions, customs, and culture”.

Authorities have blamed the series of kidnappings on separatist fighters, but the rebels have not claimed responsibility.

However, separatists had threatened to kidnap and possibly kill any traditional leader who took part in the country’s first regional elections held earlier this month.

The current attacks on village chiefs are seen as the carrying out of that threat.