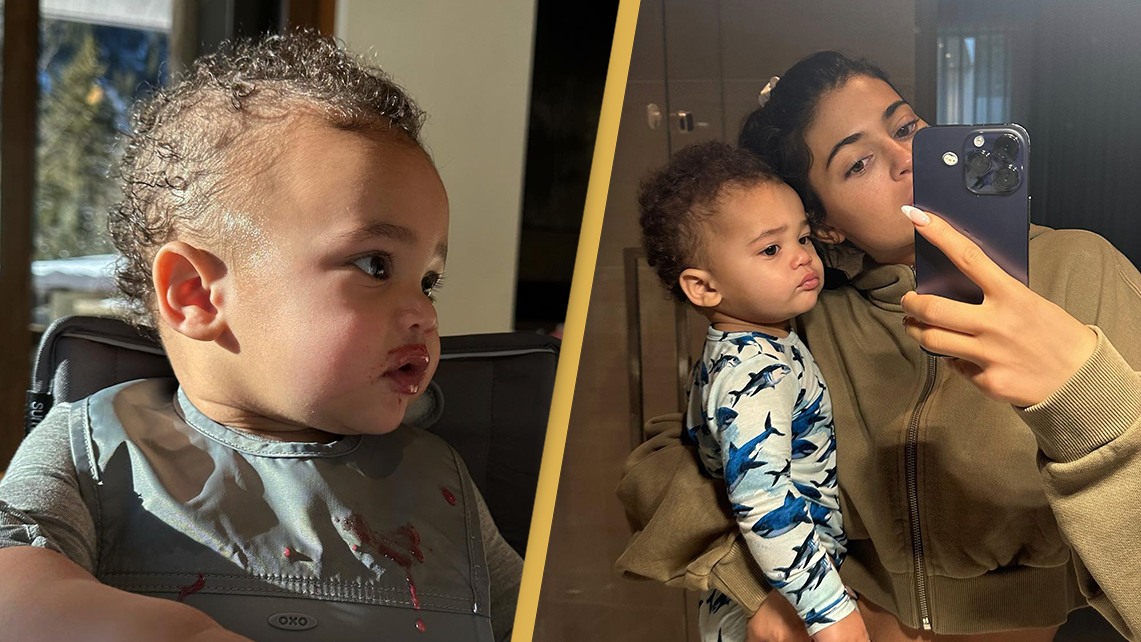 Because of its Arabic translation, Kylie Jenner’s son’s name has become a topic of conversation among Arabic speakers.

The reality star revealed the name of her son, Aire, over the weekend. This is after she gave him the name Wolf.

After she made the revelation,  people took to Twitter to reveal that Aire is the slang word for “my penis” in Arabic. 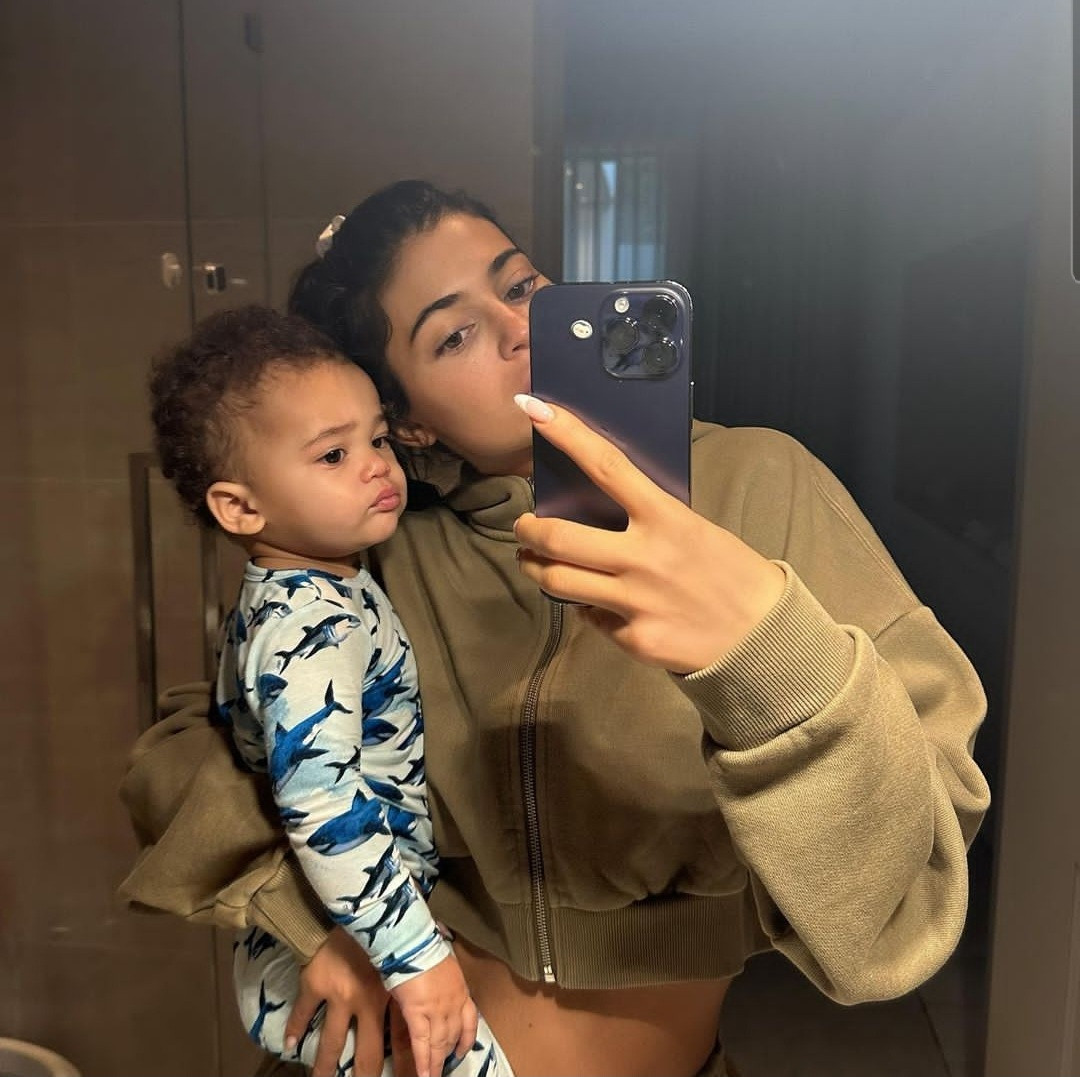 A Twitter user wrote: “Kylie named her son “aire” and it means something real nasty in arabic lmaoooo.”

Another chipped in: “That poor kid is going to be renamed again.”

Urban Dictionary says Aire is “Arabic for best friend” but “also means penis depending on its use”. 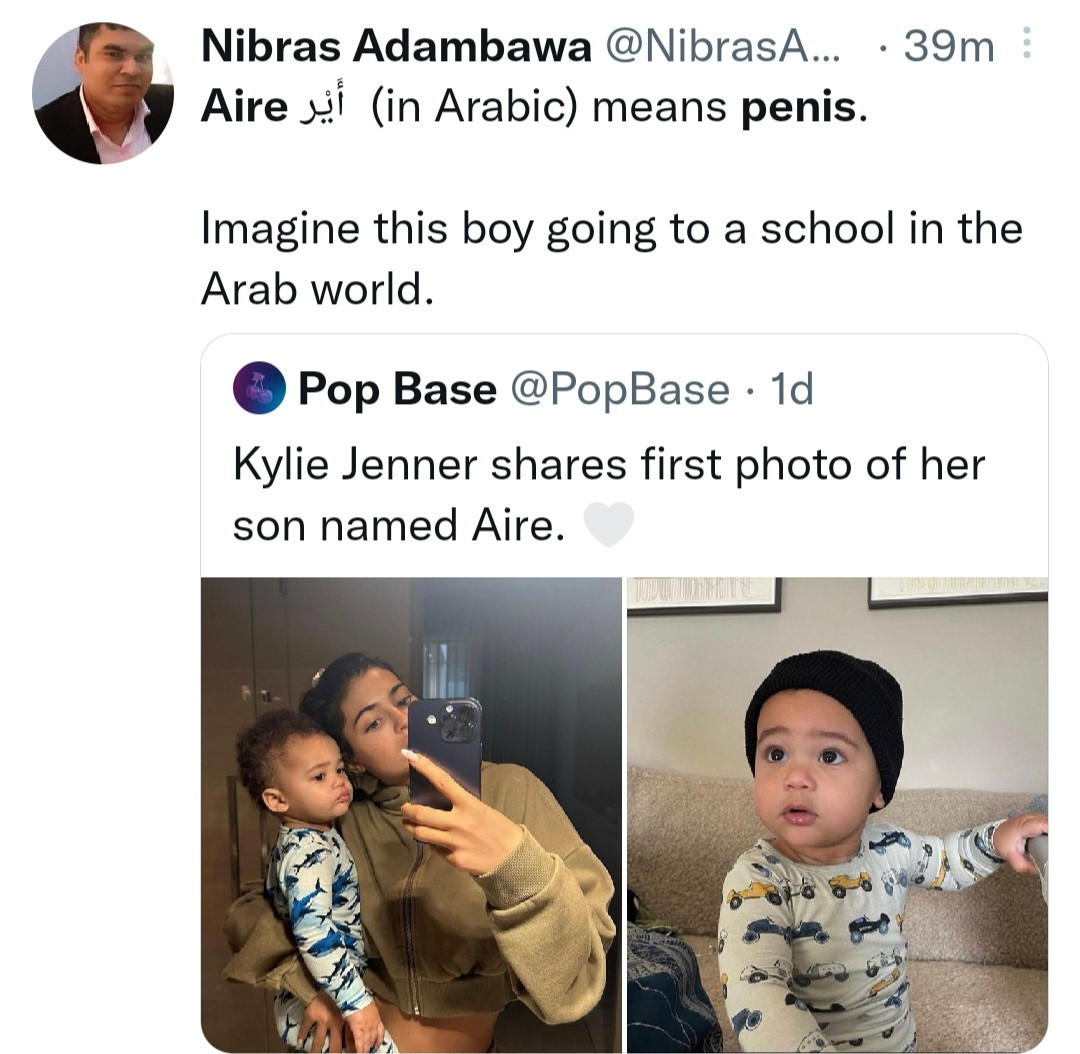 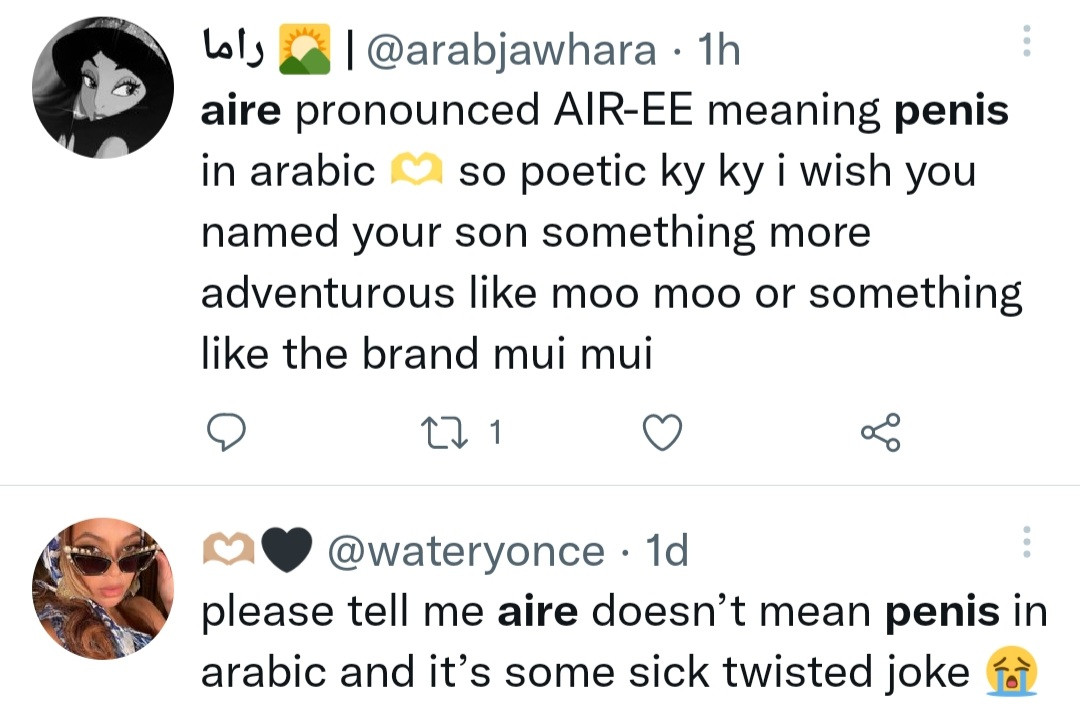 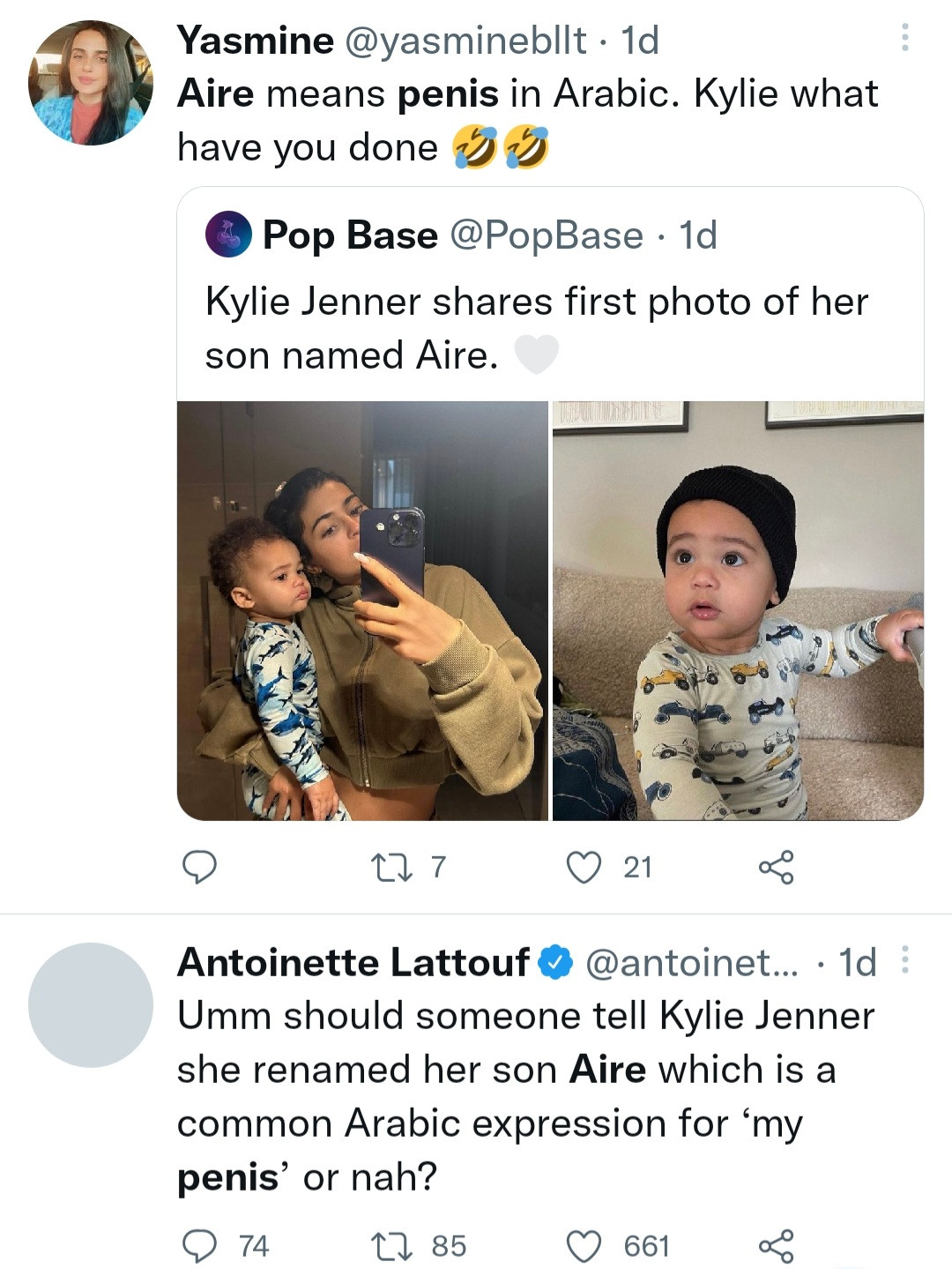