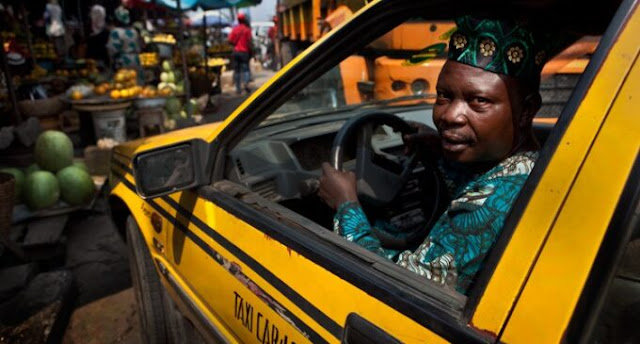 “Baba Dey Online”, a ride-hailing feature on its Univasa user application, which is downloadable on IOS and Google PlayStore.The application has the same features as those of Uber and Bolt, other ride-hailing platforms.

The event attended by the leadership and members of the Lagos State Taxi Drivers and Cab Operators Association (LSTDCOA) took place at its headquarters in Oshodi.

Omolekan Taiwo, president of LSTDCOA, who spoke at the event said the partnership with Univasa shows that the association is willing to embrace technology in its operation across 283 parks and 16 branches in the state. He condemned the intolerance against yellow taxis particularly regarding access to some routes and estates in Lagos.

Taiwo enjoined the state government to grant drivers using the Univasa application an equal right to access all roads and estates as practiced by other ride-hailing drivers.

“Since I emerged, the development of this association has been my priority. We have been in this business for a long time, we won’t allow newcomers in this line to take credit for the profession we are known for. Our mission is to improve on our practices and call back all members who left to return back to this job and sustain it”, Taiwo said.

“Univasa taxi apps came onboard at the right time since technology is now the ultimate, we are ready to embrace univasa taxi apps for all our drivers and the general public for usage, we are going to bring back all our members that have left the association due to lack of technologies based apps into our folds”.

“However, I want to use this medium to appeal to the Lagos state government through the ministry of transportation to give all the taxi apps users a level playing grounds by allowing the yellow taxi access into all estates in Lagos state”.

Ben Adeniyi, the chief executive officer(CEO) of Univasa in his remark, said the company has  developed the platform as a result of “hunger for innovation and technology”.

He said the company is making efforts to support drivers with mobile devices and modern taxi vehicles through some partnership deals.

“Today, we are officially launching BabaDeyOnline for users to download on IOS and Google PlayStore. This innovation will ease the stress of those who visit the taxi parks to order rides. We are leveraging on the perspective of the public to name this #BabaDeyOnline”, Adeniji said.

“With technology like Univasa app, you can book Lagos Taxi from the comfort of your home”.

Adeniyi said efforts are ongoing to end the prejudice against taxi drivers in the area of accessing major areas such as the local and international airports.

He said the company will invest in training taxi drivers to adapt to the new system, adding that the platform will provide both online and offline services to users.

The company’s CEO added that among others, the application has a feedback rating system that allows users to react to services provided by taxi drivers.