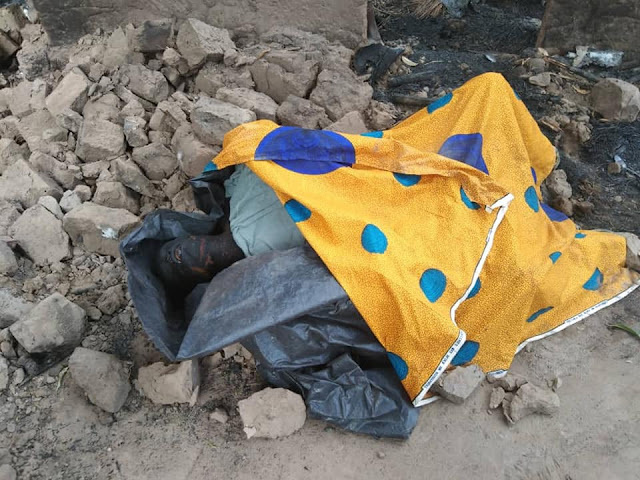 A young man identified as Aondona Yaga has killed himself in his house where he consciously set ablaze his building and burnt to death.

Before his death, he was a  casual staff at the Gwer Local Government secretariat, Aliade.

Yaga has been alleged owned a three-year allowance by the facility without any hopes for payment of the arrears.

His grandmother was seen around his abandoned corpse, has narrated his ordeal. Speaking further the old woman said:

“The young man had been facing difficulties because he wasn’t paid his allowance for almost three years”,

“He eventually fell sick and couldn’t find money to treat himself”.

Apparently, he became frustrated and perhaps he decided to end his life by entering his thatched room and set the building on fire.

Mr. Chris Avi the Local Government Information officer of Gwer Secretariate has confirmed the incident but didn’t give further details.