A man has reportedly  died while in the act with his mother-in-law.

People are wondering what is killing men while they are on act with their lovers.

It is just the other day when a man by the name David was found dead in his room in a hotel.

Before long, another case has been reported. The question is, could this men be using drugs to strengthen their performance in bed?

The rate at which they are loosing their lives is alarming leaving many with questions.

This happened in Kisumu whereby the man was said to have been sleeping with his mother-in- law when this happened.

Most people say that this many try to improve their performance only to find themselves loosing their lives.

This people find themselves in such situation because of selfishness. This are people who do things minus thinking of consequences.

READ ALSO:  Picture of Omawumi's family as they celebrate her husband's birthday 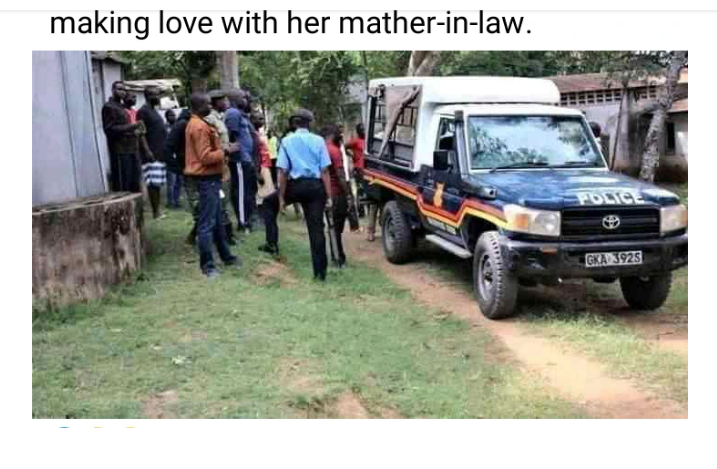 ‘Sorry for Chioma’ – Nigerians respond to video of David leaving the club with a mysterious girl .

The Nigerians on Instagram responded to a recent video of a sensational artist, Davido, leaving the club with a mysterious Read more

Nigerians on Instagram ridiculed the notorious crossdresser, Bobrisky, for his strange video on social media. In the video, Bob was Read more

BBN’s Ka3na trademarks ‘BOSSLADY’, warns “be careful how you mention my name”